Settlers in Paraná celebrate 15 years of access to popular education 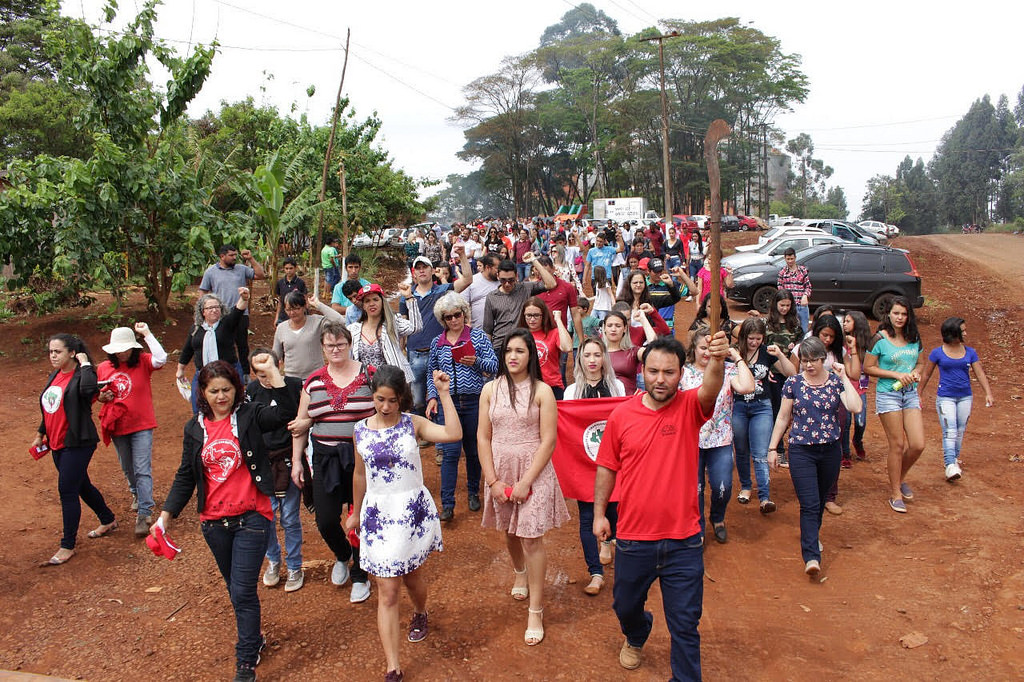 "A School forged by the dreams and hope of a world
new, built by calloused hands in the pursuit of knowledge and
of emancipation. If it made school of the Landless people, it is done in
marches, occupations of latifundia, became School Itinerant ".

Last Sunday (September 16), the Landless families in Paraná celebrated the inauguration of the Campo Chico Mendes State College in the Celso Furtado settlement in Quedas do Iguaçu, as well as the 15 years of the right to education in the Agrarian Reform camps of Paraná .

The activity was attended by the head of the regional nucleus of Education of Laranjeiras do Sul, the mayor of Quedas do Iguaçu, the director and teachers of the Frontier Southern Federal University (UFFS), councilors of the region, the former president of the Institute of Colonization and Agrarian Reform (Incra) Celso Lacerda, members of the State Education Collective of the MST, teachers from other schools in the region and families from the Celso Furtado Settlement, Dom Thomas Balduino Camp and Vilmar Bordin.

Throughout 2018, the ten campuses of Paraná that have an itinerant school are carrying out various formative, festive, cultural actions, of beautification of the schools, as a form of resistance and struggle for the strengthening of the itinerant school model in Paraná.

The celebration became more motivated by being combined with the inauguration of the new building of the Campo Chico Mendes State College. It is worth mentioning that the college is the result of one of the first Itinerant Schools of Paraná.

Since its inception in September 2003, it has been 15 years of struggle for the construction of a more adequate physical structure for the development of educational work. Now, as director Lourdes Uliano pointed out, "the challenge of qualifying the school with furniture, equipment and pedagogical materials for the computer and science laboratories, as well as expanding the literary collection of the library, persists." 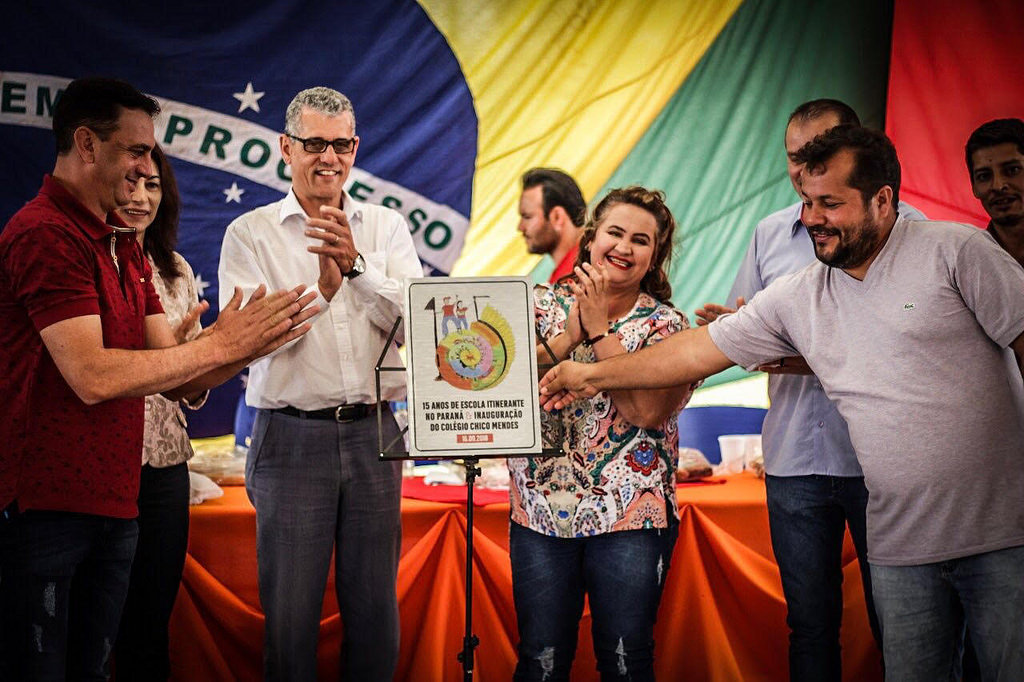 Education is a Landless Priority

Currently, the State School of Campo Chico Mendes offers elementary and secondary education for 498 students. Since January 2018, the space has also been constituted as the base of the traveling school Vagner Lopes, located in the Camp Dom Thomas Balduíno.

The Itinerant School is born out of the struggle for access and guarantee of school education for camped populations. Since its origin, in Rio Grande do Sul in 1996, the Itinerant School has assumed the pedagogical posture of accompanying the families who are encamped, in cases of evictions, mobilizations, marches and occupations to ensure the right to schooling of children, young people and adults living in the camps.

In these 15 years of history, there were 26 Traveling Schools in Paraná, as highlighted during the political-commemorative act the legacy of struggle of the Landless families for the Itinerant School made numerous achievements and learnings, among them:

• Formation of a school form that gave the right of access to schooling in the camps for approximately 15 thousand students;

• Formulation of a Political Pedagogical Project that articulates reality, knowledge, social work and self-organization, in a way guided by the pedagogical matrices of culture, history, social struggle, collective organization and the work that are the organizers of educational environments daring to occupy school with a new school form and content;

• There are dozens of popular educators who have graduated from the Itinerant School and now have a degree in pedagogy and field education in different areas of knowledge and postgraduate courses;

• Many students have become professionals working in the areas of agrarian reform, such as journalists, pedagogues, teachers, agroecology technicians, agronomists, veterinarians and cooperative managers; and

• Expansion of the liveliness of the camp as it becomes a cultural environment for the whole of the camping community that ensures through community self-management the existence of the school both structurally and in political and pedagogical orientation. 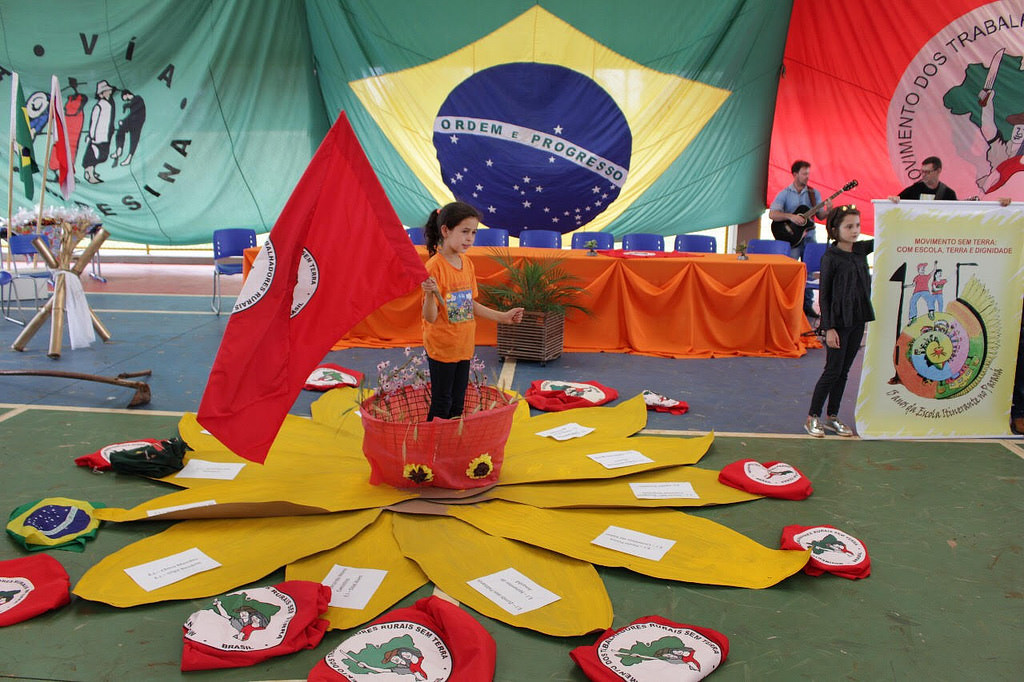 Currently, there are ten Traveling Schools in operation in the State of Paraná, providing access to schooling for approximately 2500 students, distributed in eight municipalities, involving five Regional Education Centers: EI Paulo Freire in Paula Freitas; EI Heirs of Knowledge I and II, in Rio Bonito do Iguaçu; EI Vagner Lopes I and II in Iguaçu Falls; The Paths of Knowledge in Ortigueira; EI Sowing Knowing in Florestópolis; The Heirs of the Porecatu Struggle in Porecatu; Carlos Marighella in Carlópolis; and EI Valmir Motta de Oliveira in Jacarezinho.

The existence of these schools while expressing the conquest and the constant struggle for the right to education in land occupations, in contrast represents the slowness and procrastination of the expropriation of the lands in Paraná for the purposes of agrarian reform, as is the case of the encampment where is the Paulo Freire Itinerant School that has existed since 2003.