The quantity of agro-toxins consumed by Brazilians has increased: 7.3 liters a year per person

This Tuesday, Abrasco published its new report on the reality of agro-toxins in Brazil. In this 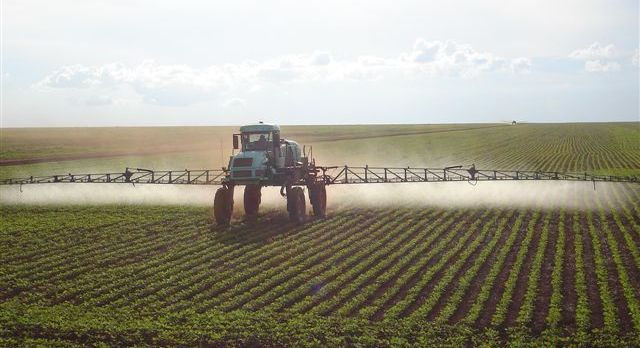 By Alan Tygel, published in

In early 2011, the campaign against agro-toxins caused an uproar when it was confirmed that every Brazilian consumes 5.2 liters of agro-toxins per year. At the time, the calculation was simple: The agro-toxins industry, proud of the success of its deadly business, announced to the world that it had sold 1 billion liters of agro-toxins. Divided by the 192 million inhabitants at the time, this meant 5.2 liters per person. Even if the whole amount does not end up directly on our plates, we will come in contact with it one day through the earth, water, or air. The toxins don’t disappear, like those who profit from them want to make us believe.

After the backlash, the traditional agro-toxin companies stopped reporting on the quantity of liters sold per year. Given the scarcity of official data existing about the sale of these products in Brazil, there are almost no alternatives for us to measure the general level of intoxication in the country.

Almost. Maybe to attract the more shareholder-vampires, the industry continues publishing its annual income, which in 2014 was 12.2 billion dollars, which we can multiply by 3 to arrive at an exorbitant 36.6 billion reais.

How much does a liter of agro-toxins cost?

Agro-toxins is a generic name for diverse substances, used not only in agriculture, but also in urban pest control. A common characteristic: They kill life. They could therefore be called biocides.

In 2012 IBAMA, the Brazilian Institute of Environment and Renewable Natural Resources, disclosed the quantity of main reagents of agro-toxins sold that year to the public. The three regulative entities - Ibama, Anvisa and MAPA should receive these data from the companies and disclose them to the public, but only the first of them actually does, and this with a 2 years delay. According to this list, the main products are: glyphosate, 2-4-D, atrazine, acephate, diuron, carbendazim, mancozeb, methomyl and chlorpyrifos. Taking out the additives, these represent 80% of the total of agro-toxins sold.

An internet search for the prices of agro-toxins reveals a shocking scenario. You will find, for example atrazine (endocrine disruptor) at a price of 34 cents a liter, while the most expensive, glyphosate (carcinogen) costs R$35 on sale. A weighted average of the pricing determined by market participation brings us to R$24.68 per liter of agro-toxins.

And what does this have to do with the people?

The prices of the products vary, the dollar rises and falls. We could have therefore a few milliliters more or less, but it is a fact that from 2007 until today, 34,282 cases of intoxication through agro-toxins were reported to the public health care system.

In any case, anyone who lives in the countryside knows how improbable it for someone to recognize the symptoms of intoxication, manage to receive treatment or for the emergency service to be notified correctly. Be it  out of ignorance or due to pressure from those who pushed for the poisons to be used.

It is also a fact that apart from being expensive and dangerous, the poisons, just like transgenics, are unnecessary. From the south to the north of the country, agro-ecological production is gaining strength on the land, in markets and on society’s tables. If it isn’t for some greedy farmer who makes a clean production impossible by throwing poison on other farmer’s crops. Unfortunately this happens often.

Anvisa, the Brazilian Health Surveillance Agency, must publish the data about the sale of agro-toxins. The ministry of agriculture should do the same. Ibama should update the data. CREA, the Regional Engineering, Architecture and Agronomy Council, responsible for publishing the agronomic income,  must implement information systems in all states, and disclose how much, how, and where poison is used in Brazil. What type of profits are they making, that keep them from committing socially and from providing vital information for the health of the people?

But apart from counting the dead, we want to plant life. The Federal government should implement the PLANAPO, the National Plan for Agroecology and Organic Production, and above all the National Program for the Reduction of Agro-toxins, which will permit the creation of agro-toxin and transgenic free zones, apart from banning agro-toxins from Brazil that have already been banned in other countries.

Renowned research entities such as Fiocruz, INCA and Abrasco have already united with farmers who are the ones who truly feed us. But we still need more support from society. Our daily struggle against agribusiness, agro-toxins and trangenics will only be complete when organic food is no longer a privilege and agroecology is accessible to the whole population.

Alan Tygel is an engineer, a part of the national coordination of the permanent campaign against agro-toxins and for life.