Planting solidarity, harvesting hope: for a 2021 of struggles and conquests for the Brazilian people 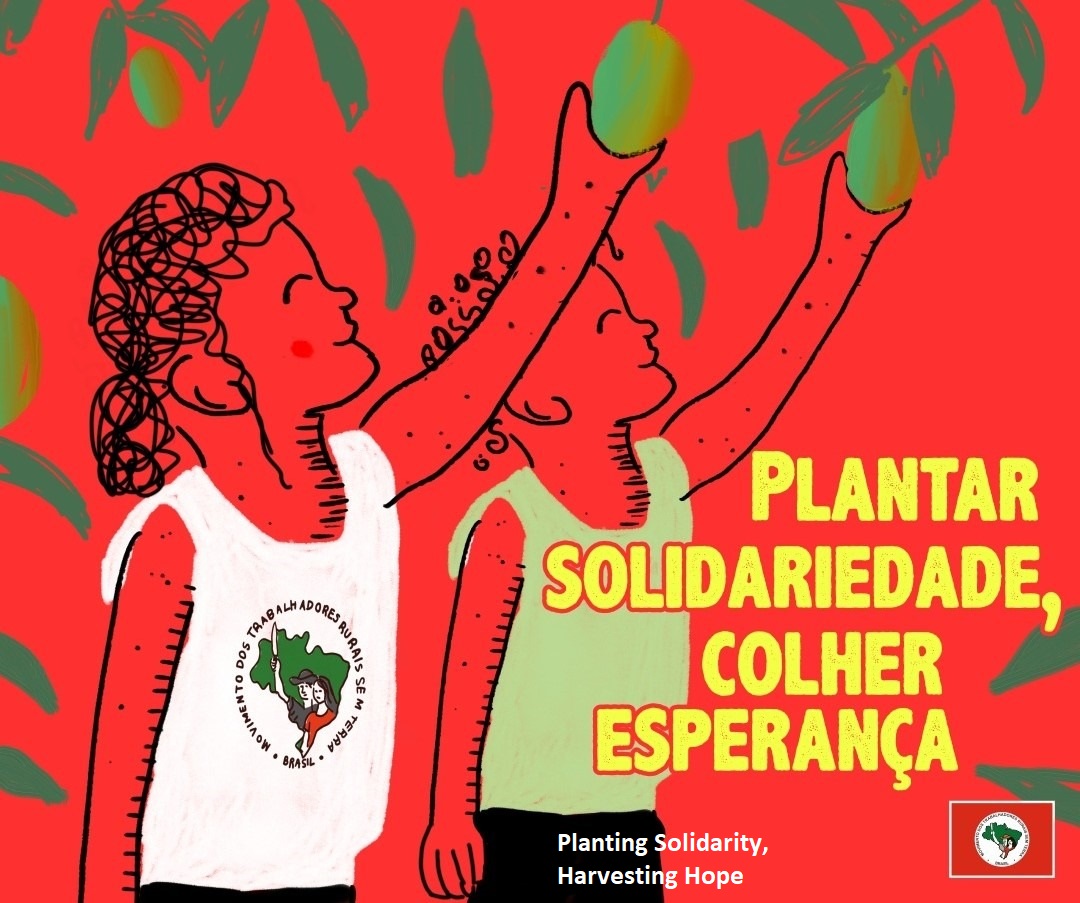 We at the MST want, first of all, to express our solidarity and our affection for the thousands of Brazilians who have lost loved ones and for all those who suffer from the effects of the pandemic and the neglect of governments at the behest of capital.

In these hard times, as fighters committed to social justice and the historical rights of the Brazilian people, it is up to us to understand the moment in which we live and to contribute in the construction of the paths to be followed in the coming times in search of conquests for the working class.

Humanity faces a deep and structural crisis of world capitalism, with serious consequences for people, for the environment, for the economy, for states and for the human values of society.

In Brazil, the economic crisis that started in 2014 unfolded in the political, environmental, and social crises in which we are submerged. Since then, the political crisis has been a constant and has been aggravated by the rise of a genocidal and neo-fascist government that, despite not having gained hegemony in society, still sustains itself with the support of part of the bourgeoisie, the military and the fanatical extreme right that has always existed in the country.

In this government, we are experiencing the deepening of the environmental crisis with the dismantling of the protection and inspection bodies, denial of scientific data, encouragement of authorities to the crimes of loggers and prospectors, extermination of the indigenous population, expansion of agribusiness and mining companies, especially in the Cerrado and in the Amazon region. Therefore, the degradation of waters and forests and the devastating fires that occurred last year in several Brazilian biomes are not a matter of chance.

Cruel and equally serious are the social effects of the economic crisis on the working class. The freezing of investments in health and education for twenty years, the growth of unemployment and precarious work, the destruction of social security protection, the encouragement and legal protection of police violence, racism and the extermination of the young and black population, violence against women and the LGBTQI + population, the return of hunger and the militarization of everyday life, established a time of fears and instability in the lives of millions of Brazilians.

These consequences are compounded by the government's destruction of agrarian reform and family farming policies, with attempts to demoralize the MST, repression, threats of forced evictions in the middle of a pandemic, governmental actions to transform public policy of agrarian reform into merchandise and delivery of chunks of state power in the hands of representatives of the most backward and violent landowners in the country.

The trivialization of human life deepens in every act, word, gesture and suffocation of human and cultural values in society, the precariousness and destruction of the Unified Health System, education, science and the environment.

However, more than ever, it is necessary to rescue José Martí's teaching: it is only possible to be happy by helping others.

During all these months that the Covid 19 pandemic has already lasted, in the solidarity actions carried out by the MST in conjunction with the people's movements involved in the various articulations of society, 3800 tons of food and 700 thousand lunch boxes were distributed to the most vulnerable population, reaffirming the importance and the need for popular agrarian reform as a way to solve the problem of hunger and social injustice in Brazil.

In this sense, as MST, we actively resist. And the act of resisting is built every day in the construction and reaffirmation of care, affection and human solidarity above all as a practical action, which protects lives in the face of the neglect of governments and capital. We actively resist planting millions of trees, producing healthy food, sharing the bread that the land and human sweat produce in our camps, settlements and cooperatives.

In 2021 we will work tirelessly to build a great front with all the existing forms of people’s organizations and with a common agenda: vaccine now, defence of the Unified Health System (SUS), emergency aid, employment and healthy food for all, against privatizations, taxing the most wealthy and Bolsonaro OUT.

We wish a year of many struggles, organization and people’s mobilization in the countryside and in the cities, many victories and life in abundance for everyone.

We will continue together, planting solidarity to harvest hope!