NOTES ON MUNICIPAL ELECTIONS IN BRAZIL

1. The municipal elections in Brazil were held on the spur of the moment, with no possibility 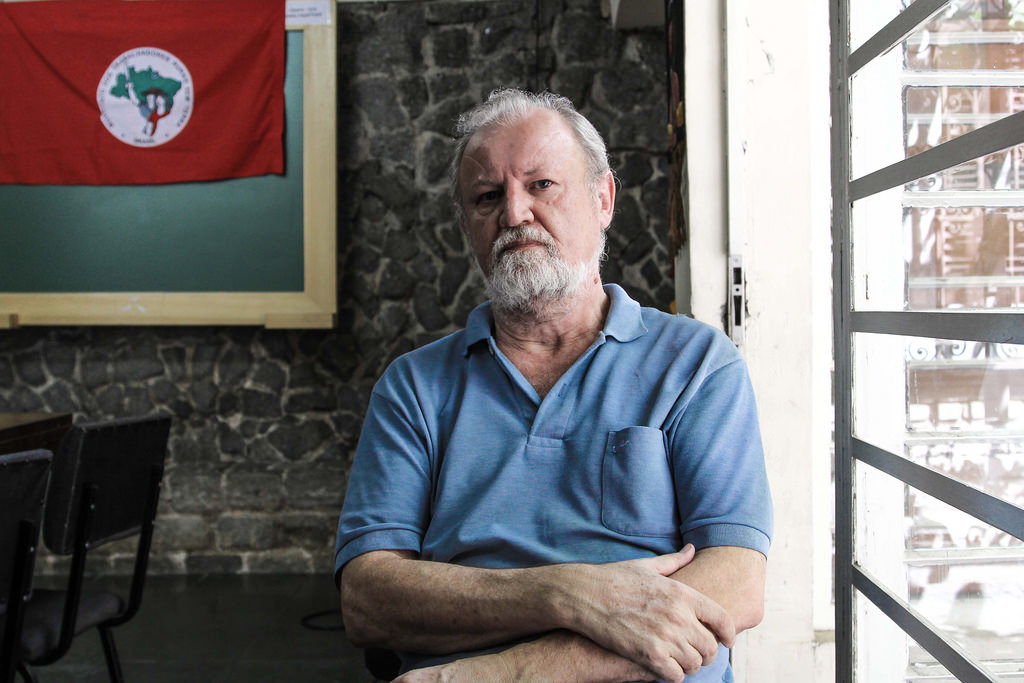 for discussion of ideas, rallies or mobilizations of people and activists. This hindered the left's traditional way of carrying out electoral politics.

2. In some cities, new creative ways of doing agitation and propaganda have emerged, but their effectiveness in terms of votes is not yet clear. Nor has the agitation over the Internet and social networks had a relevant effect.

3. In the first round, the average abstention was around 30% of voters, above the traditional 20%. And in the second round the average was 35%, and some cities went over 50%, compromising the representation of those elected. This is bad for democracy, because it reveals the increase in alienation and disbelief in relation to voting. But it is also a sign of the inability of the electoral process to motivate for politics.

4. In most places, even in the capitals, the election was not for projects or parties. For the masses, only the names of the candidates appear. Although behind them they have class projects and party interests.

5. Under these circumstances, statistical analysis of the election results is not enough. Elections and politics are measured by symbols of class struggle not just numbers.

6. Private financing continued to happen behind the scenes, now in the name of the “wealthy business community”, who continued to donate resources to their candidates, the vast majority of whom were conservative. The party fund, with public resources, although important and more democratic, also had distortions, since it is the party bureaucracy that defines how to allocate resources among the candidates of the party. So much so that the resource quota law for women and Blacks has hardly influenced the viability of these candidates.

7. From the result, it can be said that most of the winning candidates developed a moderate discourse, presenting themselves at the same time at a distance from both Bolsonarism and the left in order to capture the conservative spirit of the voter. In all parties, candidates who had already been mayors also weighed in, using the “proven experience” argument.

8. Bolsonarism lost. Especially in Rio de Janeiro, São Paulo, Fortaleza and Belem. As an expression of the extreme right, Bolsonarism reflected its real representation in Brazilian society, around 8 to 12% of the votes.

9. Even in cities where a pro-Bolsonaro candidate was elected, he had to “hide” his extreme right project during the election campaign.

10. The bourgeois press spent the whole year saying that the left was divided, that it had no leaders and would be defeated. That's not what happened. The left marched together in several cities, especially in the second round. More important than to an individual party, it is this unity of the left that must be recognized. Several names of national expression emerged, such as Boulos (PSOL - São Paulo), Edmilson (PSOL - Belém), Manuela (PCdB - Porto Alegre), Marilia Arraes (PT - Recife), Margarida Salomão (PT - Juiz de Fora).

11. For the most part, state governors failed to promote their candidates. But this is common in municipal elections, in each city voters analyze the particular situation and thus governors are mere voters.

12. The institutional machines of each municipality continue to operate by conservatism, that is, to maintain privileges. These private interests are invisible so they do not appear in the polls. But they act in its logic: the interests of public servants with jobs; the bourgeois press with its advertising revenue; Pentecostal churches with their tax exemptions; and even pastors who become city officials, as revealed in Recife.

13. The left as a political field has been strengthened from the elections. Even in the defeats of Manuela D’Avila in Porto Alegre and Marilia Arraes in Recife, the two came out stronger politically. The left came off the ropes, stopped just defending itself from the offensive by the right.

15. Fake news remains a possibility of manipulation in right-wing propaganda. And that, in circumstances of the lack of more time for meetings, rallies, mass mobilizations, assumes a greater influence.

16. Candidates must have personal charisma in their communication with the masses. And sometimes a conservative candidate has more charisma than a progressive candidate.

17. The inertia of the masses, the strength of the institutional machine and the money of the parties are the weapons of the conservative parties.

18. Municipal elections were never parameters for presidential elections. The propaganda of the bourgeois press is that João Doria, the current governor of São Paulo, of the PSDB, was the one who came out strengthened.

But in fact, his candidate for re-election to the city of São Paulo, Bruno Covas, spent his campaign “hiding” the image of João Doria, because he knew he would lose votes.

The right-wing duo Luciano Hulk (Globo presenter) and Sergio Moro did not accumulate anything in the elections, but they can bring the strength of Globo and the right wing.

For this reason, spokesmen for the Planalto Palace said that regardless of the results, the main concern for 2022 is the confrontation with Lula / PT.

19. Neither can the figures of the left who emerged in the municipal elections, such as Manuela, Boulos, Marilia, be projected as possible candidates in 2022. National coalitions pass through other parameters. Likewise, governors who could have national pretensions, such as Flavio Dino (PT - Maranhão) and Rui Costa (PT - Bahia), or even João Doria on the right, did not come out of the municipal elections with greater strength.

20. There is no discussion now on whether the left will be united in the 2022 elections, because by the logic of the parties it is natural that each party has its candidates in the first round and then programmatic alliances are made in the second round. As partisan political fields, it will be natural for Ciro Gomes to be a candidate for the PDT, seeking the center voter. Perhaps it attracts the PSB, but no one guarantees that adherence to acronyms will be reflected in actual adherence to the social base. The PT camp should go out with Lula or whatever the circumstances call for. PSOL and PCdoB do not have the strength to support their own candidacies with electoral potential. They can even launch candidates, as part of party logic, and in the second round gravitate towards the PT or Ciro candidacy.

21. We need to take advantage of the lessons and where the left and popular forces have won positions of councilors and mayors, transform these electoral victories into processes of accumulation of popular strength and of improving the living conditions of the people.

22. The lesson remains that electoral victories come only if we are able to organize popular rebellion beforehand. If we can motivate hearts and minds with a new program. If we have the capacity to make large mass mobilizations. Therefore, it is not enough to have a palatable name, to try to change the face of the campaign (less radical) or just the strength and money of the party.

23. The institutional struggle that appears in the elections will not be successful if we do not stick to the social struggle, in which we can organize the people to fight for better living conditions and build up our strength.