Just during the Christmas Without Hunger campaign, around 250,000 people received donations in 24 states of Brazil

Since the beginning of the coronavirus pandemic, through solidarity campaigns, the MST has donated more than 6,000 tons of food and 1,150,000 lunchboxes to people and entire families facing hunger and food insecurity in all major regions of the country.

The total was calculated after the conclusion of the Christmas Without Hunger campaign, promoted by the Movement from December to early January, where around 250,000 people were helped with food donations, solidarity lunches and special Christmas dinners in 24 Brazilian states.

As a result, during the Christmas Without Hunger campaign alone, more than a thousand tons of food were donated. In total, baskets were distributed, mostly made up of products from MST settlements and encampments, which benefited around 50,000 families. In addition to more than 30,000 lunch boxes and special Christmas dinners that contributed to the fight against hunger in indigenous villages and peripheral, urban and rural communities. 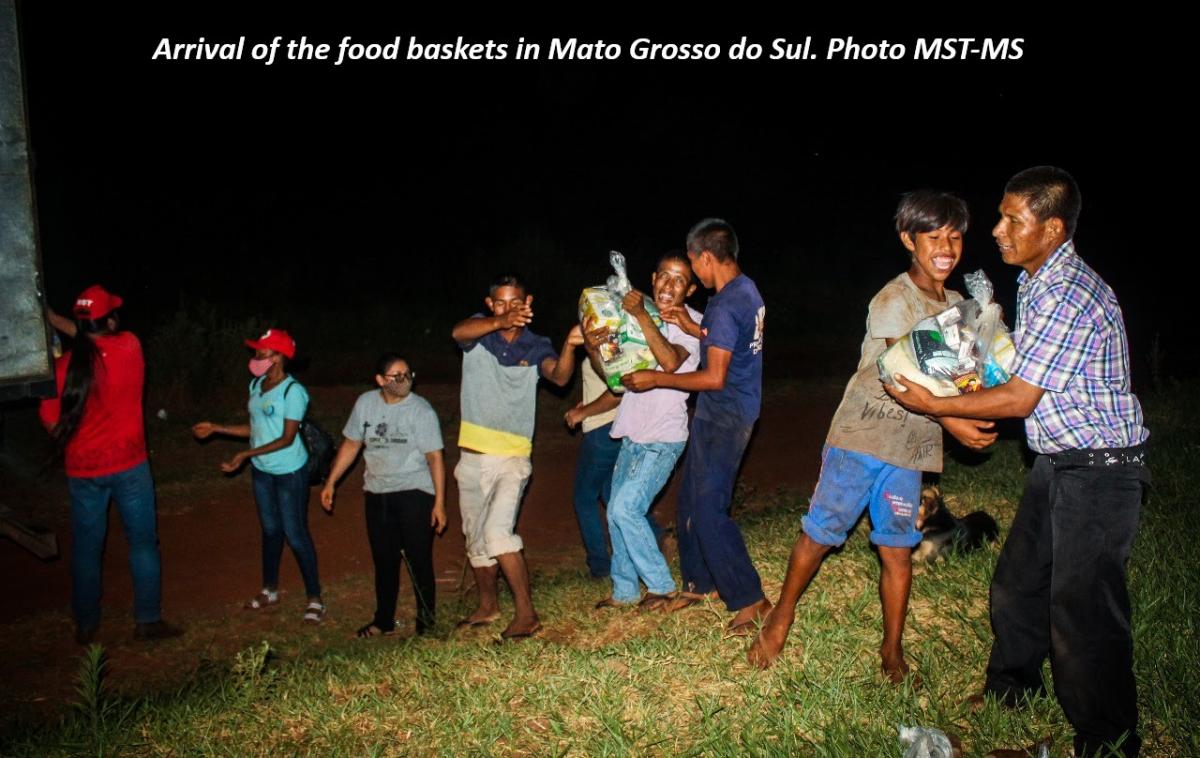 All of this was only possible through the people’s organization developed over the 37 years of the MST’s existence, based on the production of food by women and men from their productive backyards, vegetable gardens and solidarity plots. But also from the diversity of products benefited by the associations and cooperatives of People’s Agrarian Reform, as well as from support points of the Network of Armazéns do Campo and Solidarity Kitchens.

After receiving the donations in his village, Laurentino Garcia Nhu Vera Guasu, from Dourados, Mato Grosso do Sul, gave thanks as a local leader on behalf of his community for the donated food baskets, which benefited about 100 families from the 3 Tekohas in the region – what the villages are called in Guarani. “And it arrived at the right time, because many families no longer have anything to eat inside their houses and shacks, where there are also children who are in need of these baskets”, said Laurentino, stating that the government has not been sending more supplies and they have relied only on the support of solidarity actions. 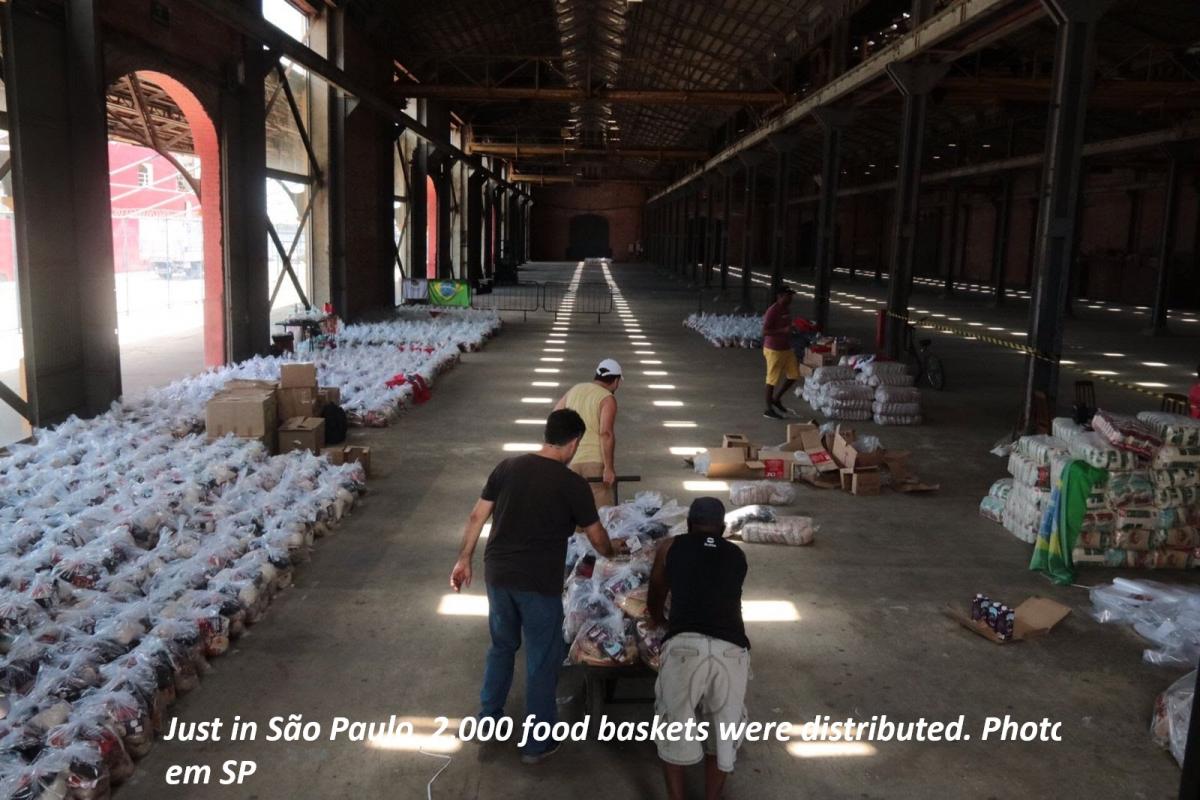 In addition to food and Agrarian Reform products, the MST also distributed around 17,000 books in communities in the states of São Paulo and Rio de Janeiro. The publications were collections donated by the publishing house Expressão Popular, which contains its own editions, as well as books published by associated publishers, such as Editora 34, Editora Elefante, Nuestra America. In all, there were 70 different titles promoting a Network of People’s Libraries.

Moreover, the solidarity actions were supported by the donor public, with a network of friends, partner organizations and thousands of volunteers who engaged in the cause according to the people’s emergencies, sensitized to the fact that that 5 out of 10 Brazilian homes do not have guaranteed food on the table, despite living in a country considered one of the greatest agricultural powers in the world.

“In a country where agricultural policy is dominated by agribusiness, which breaks records for exports and profits, while around 20 million people go to bed and wake up hungry, and more than half of the population suffers from some degree of food insecurity, it is a demonstration that this economic policy is unfeasible!”, says Jailma Lopes, from the national direction of the MST Youth Collective. 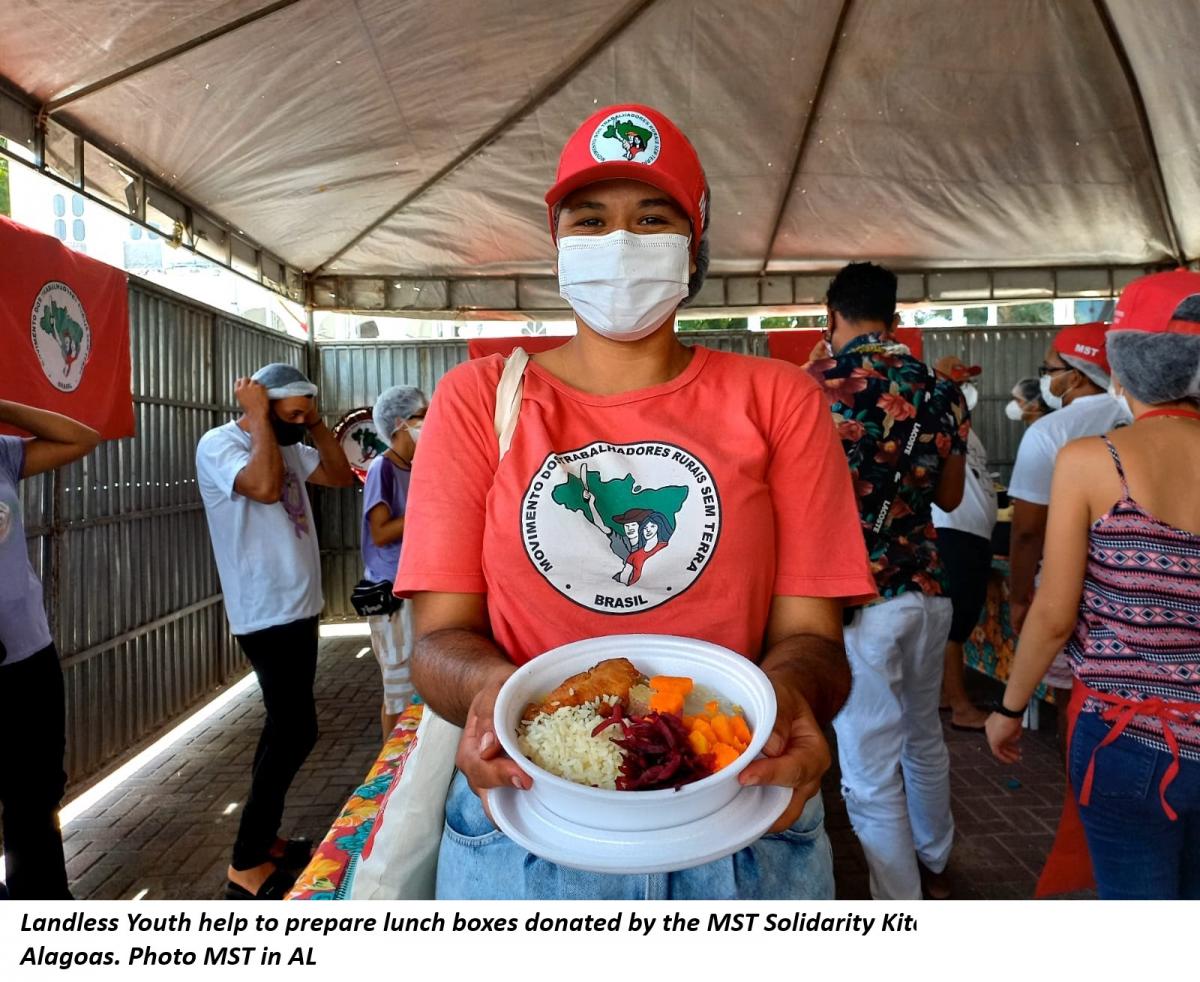 In this way, even with the dismantling of Agrarian Reform by the federal government, the MST families continue to fight for access to land, for the development of the countryside and the reduction of poverty in the country. Solidarity campaigns offer an emergency breath to the working class in the midst of the crisis situation, accentuated by mismanagement and pandemic, and which in their practice claim that the increase in hunger and social inequalities can only be fought with public policies, such as People’s Agrarian Reform.

“It is only possible to fight poverty and hunger in Brazil and transform the lives of our people with People’s Agrarian Reform, building conditions for production and access to diversified and healthy food, and with other production relations, with the conservation of our common natural resources”,  states Jailma, reaffirming that Agrarian Reform is a benefit for both rural and urban workers, as well as for the environment in which we live.