Message from the Families of the Quilombo Campo Grande Encampment

"Solidarity is the tenderness of peoples" 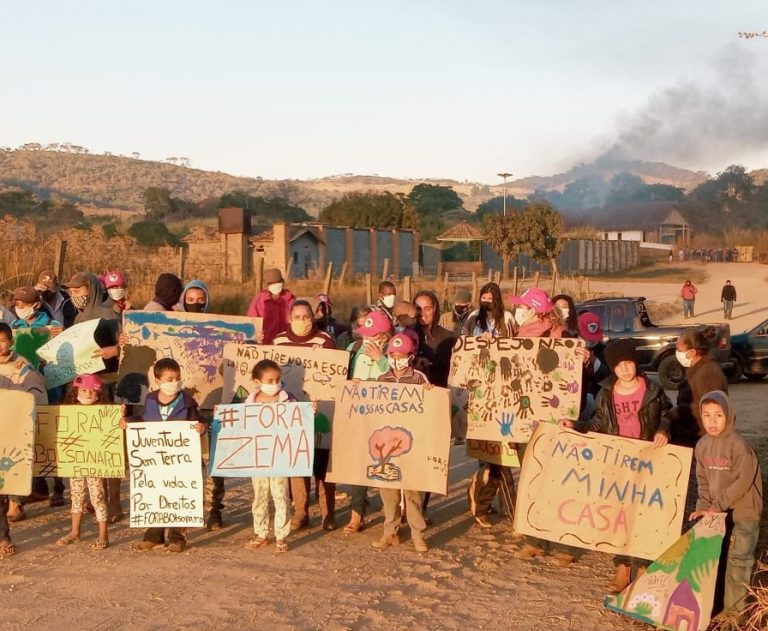 From the history of peoples' struggle, we learn the priceless value of solidarity that identifies and strengthens us as a class that knows no boundaries. It was thanks to the exercise of solidarity that many battles were won, and that we survived to fight future battles.

Between August 12 and 14, 2020, we experienced at the Quilombo Campo Grande Camp, in the municipality of Campo do Meio, an eviction in the midst of a health crisis caused by COVID-19. An illegal and inhumane eviction, which displaced families, destroyed crops and criminally demolished the building that housed the Eduardo Galeano school. A people with knowledge fights better, and the powerful historically seek to deny men and women the right to quality education. The destruction of the Eduardo Galeano school was yet another demonstration of how liberating education threatens the power of this minority.

For us in the MST, the school is much more than the classroom: it is an educational process made up of people, and that is why the destruction of the building did not destroy our school; it remains alive in our territory, in our struggles, in the daily construction of each landless family.

Quilombo Campo Grande emcampment is one of those territories of dreaming, of proposing new relationships. And in this resistance walk, we made ourselves strong by not walking alone. Throughout our history, we count on the solidarity of those who also struggle daily, tirelessly, for justice, equality and freedom.

So, here we want to acknowledge all the support received during the days of resistance to eviction, and for the reconstruction of the Eduardo Galeano School building. We would like to hug each partner who contributed to the campaign, making our school an even more collective dream.

In April, in memory of those who fell fighting in Eldorado dos Carajás, we will begin to erect the new building that will house a beautiful collective process of the people educating the people. We will build our school in a central area of ​​the camp. The construction is planned for a capacity of 100 students and an area of ​​more than 500 square meters.

Like the educational process, construction is already being done by many hands; from the architectural project to the building, the Sem Terra families of Quilombo Campo Grande, together with all allies who contributed to the campaign, will be present in this building.

Please donate to help the rebuilding of the Eduardo Galeano School: