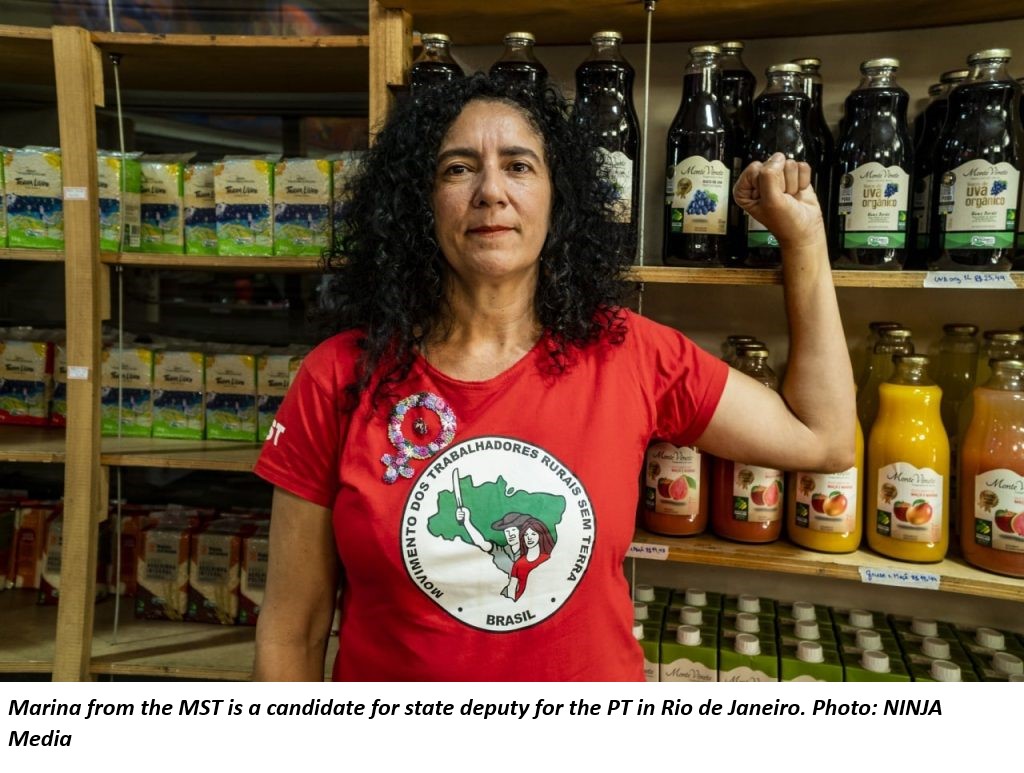 Marina dos Santos is the national leader of the Landless Rural Workers Movement (MST) and represented South America on the political council of Via Campesina International until 2017.

Social Worker from UFRJ and Master in Territorial Development from UNESP, Marina has been organizing the MST for over 25 years and now proposes to take on a new challenge, occupying institutional politics with a chair of state deputy for Rio de Janeiro.

“All our experience of the political and organizational struggle and the achievements, we want to bring to transform this into public policy”

Its mandate proposal is based on four axes, among them one that focuses on the theme of democratization of the land, production of healthy foods, fight against hunger and defense of nature.

In the second axis, she defends the strengthening of institutional democracy that has been constantly threatened since the coup that removed President Dilma Rousseff from power and also the strengthening of a popular and participatory democracy. “Here, the role of women is fundamental, to act in this process of opining, suggesting, proposing and demanding”.

In the third and fourth axis, she defends, respectively, the defense of the rights of the working class such as housing, health, education, culture, and the participation of women in politics.

This interview is part of the Women's Campaign, an autonomous visibility project for feminist candidates by ELLA – International Feminism Network.

The Women's Campaign is an informative work aimed at the public interest, not constituting an electoral propaganda. We reaffirm our commitment to the defense of democracy and to the agendas defended by progressive candidates.

Want to know more about the candidate? Follow on social networks: