Almost de 800 signers, directed to the ministers of the Supreme Court, defend the extension of the   ADPF 828 anti-eviction measure 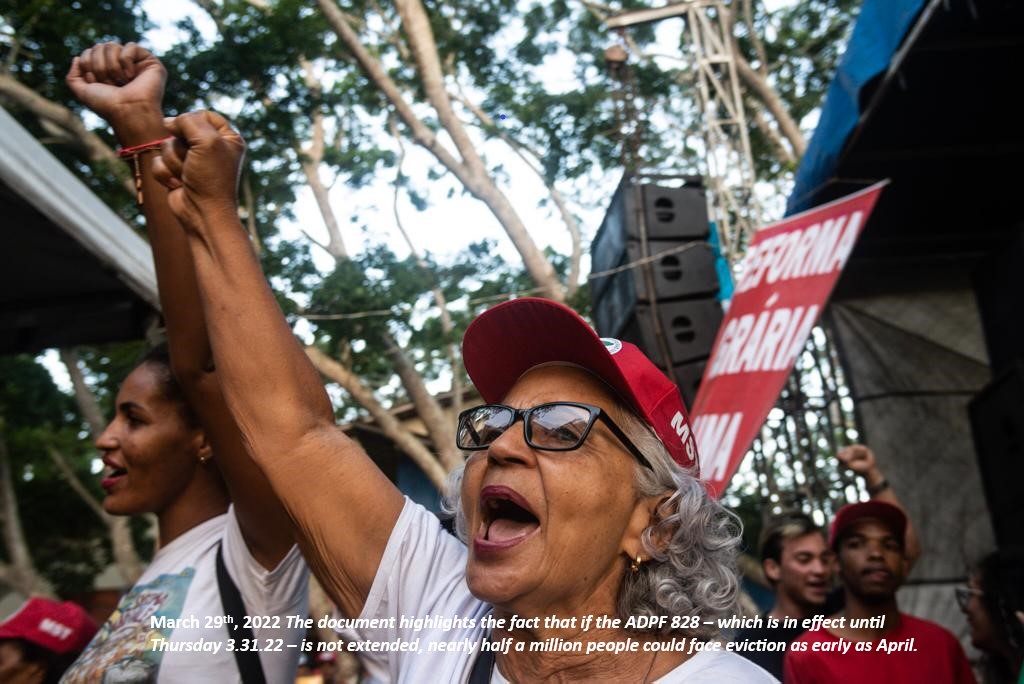 Through international networking the movements that make up the National  campanha Despejo Zero received support for the extension of the Arguição de Descumprimento de Preceito Fundamental (ADPF) 828 (Argument for Not Enforcing  a Fundamental Precept 828) before the Brazilian Federal Supreme Court (STF), and denounced evictions as a violation of human rights  that will increase risks to human rights and safety,  given the health and social economic crises in Brazil at this time.

This Tuesday March 30th, a petition with all of the signatures was hand delivered to the magistrates of the Supreme Court in Brasilia. The document was directed to the president of the Supreme Court,  minister Luiz Fux and to the administrator of the court, Luís Roberto Barroso.

Among the signatories there are elected government representatives from France, The United Kingdom and Cataluña.  In the United States it was signed by the president of National Lawyers Guild, as well as an additional 38 Judges and Lawyers.  All told there were representatives form 32 countries who supported the petition that was handed to the ministers of the Supreme Court among them , judges , parliamentarians, lawyers, academics and publishers from around the world.

The petition recognizes the importance of the implementation of ADPF 828, in June 2021, which made it possible to ensure that more than 14,600 families were not evicted or forcibly removed from their homes, in the midst of the pandemic. However, it highlights the permanence of the health risks that Covid-19 can still cause in an unstable situation given the emergence of new variants of the virus, which can further increase the margin of vulnerabilities that families threatened with eviction face, amid multiple crises faced in Brazil. 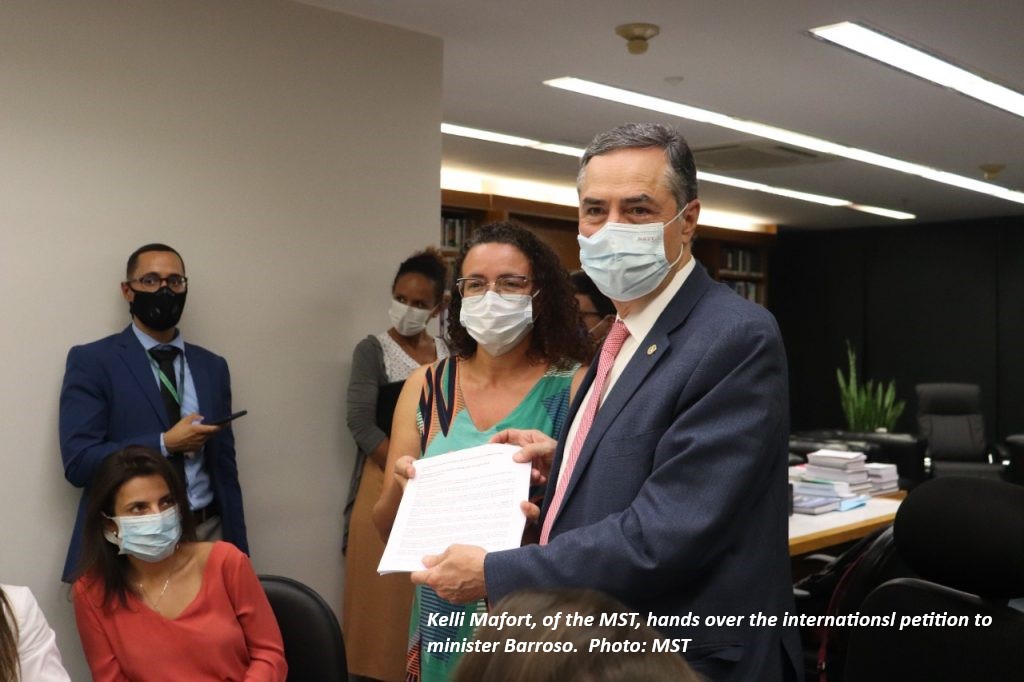 “As the Covid-19 pandemic has not yet ended, and in addition, there has been a worsening in Brazil's economic conditions, leading to a aggravation of social conditions faced by the most vulnerable, we ask that your Excellencies be sensitive and extend the validity of ADPF 828, at least until the end of the pandemic”, the international community as a whole stated in the petition.

In the document, they also warn that if ADPF 828 - valid until Thursday (3/31/22) - is not extended, about half a million people could be evicted as early as April. This will affect the lives of more than 132,000 families in urban areas and at least 30,000 in rural areas in Brazil. Among these, about 20,000 children under the age of 12, who live in the countryside, will be homeless, without access to schools and more exposed to ailments due to the Coronavirus.

The petition also highlights the importance of the productive role that the occupied rural areas have played in terms of the food security of their communities, in this dramatic moment when the country falls once again on the hunger map. Thus, expropriating or removing these families from access to land and shelter will drastically affect access to one of the most fundamental rights, which is the right to food, since it is in these areas where they live and work that peasant families who are camped and settled produce food for their subsistence.