INCRA under Bolsonaro exchanges expropriations and settlements for bond issuance

A declared opponent of groups such as the MST (Movimentos dos Trabalhadores Rurais Sem Terra), President Jair Bolsonaro (PL) handed over the management of agrarian reform to the ruralist caucus and intensified a shift initiated by his predecessor, Michel Temer (MDB).

Amid the expansion of the budget strangulation — from an annual average of BRL 4.8 billion of discretionary funds in the administrations of Luiz Inácio Lula da Silva (PT) to BRL 614 million under Bolsonaro — the current administration has practically zeroed out the expropriations of land and family settlements, shifting the focus to the delivery of property titles, mostly provisional, to former beneficiaries. 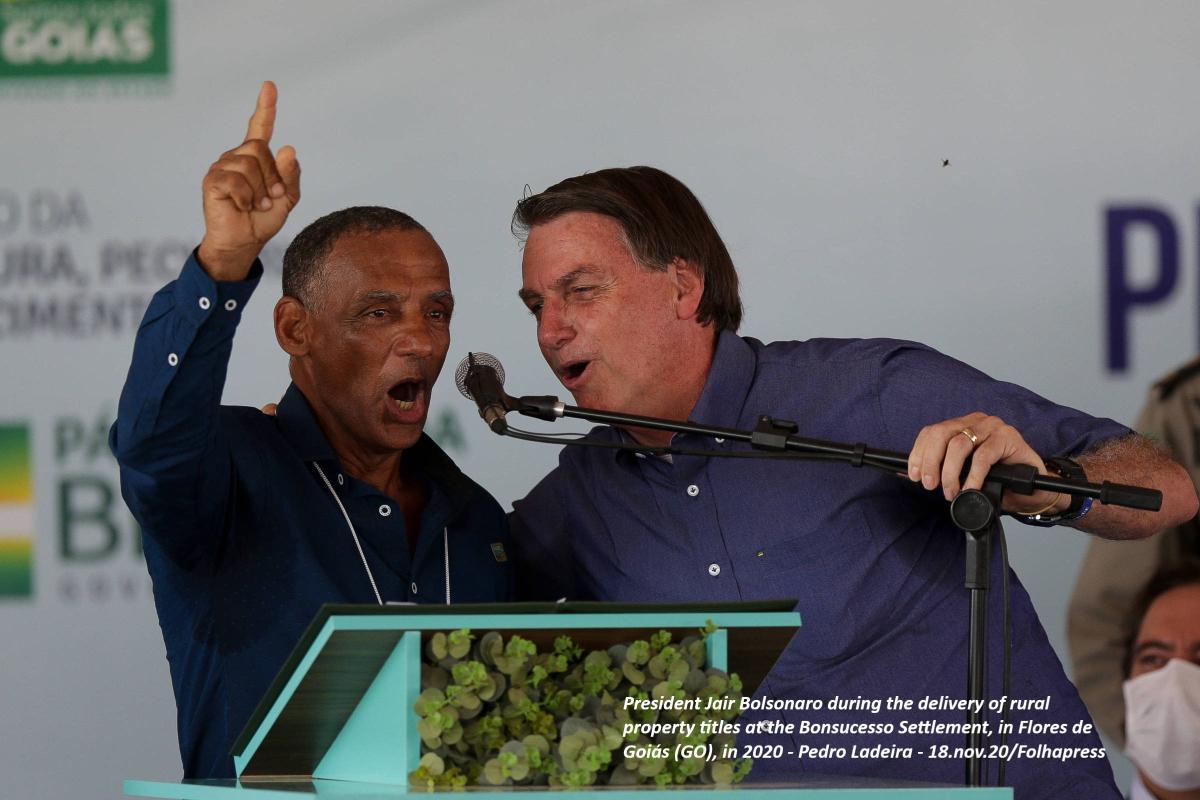 The government and ruralists have used the land titling data, more than 340,000 deliveries since 2019, to claim that it promotes a liberation of small farmers from the yoke of the MST.

The movement and experts in the area point to a debacle in the management of agrarian reform and a scrapping of INCRA (National Institute of Colonization and Agrarian Reform), which would have turned into a mere issuer of bonds without the minimum offer of sustainability to the settlers.

In May, for example, the management of the agency circulated an internal report in which it said that it had no funds for free allocation and that, therefore, determined the suspension of activities, including technical field actions, such as inspections and supervision.

The day after the news was published by Folha, Bolsonaro said he would ask the Minister of Economy, Paulo Guedes, to release money to resume the activities of the organ.

Since taking office, Bolsonaro has implemented an agrarian policy led by ruralists and opposed by movements such as the MST. In his first act, he transferred INCRA from the Civil House to the Ministry of Agriculture, a portfolio that was commanded by Tereza Cristina, one of the leaders of the ruralist caucus.

For the Special Secretariat for Land Affairs, he named a historic enemy of rural social movements, ruralist Nabhan Garcia, who for years commanded the UDR (Rural Democratic Union).

In the early days of Bolsonaro’s administration, INCRA paralyzed about 250 processes of acquisition and expropriation of land for agrarian reform, a measure that would serve as a harbinger of a future of budgetary strangulation and the end of the policy of creating settlements.

In addition to the budget constraint, the number of expropriated lands and families settled in the current government was practically zero. During the administrations of Fernando Henrique Cardoso (PSDB) and Lula, that is, from 1995 to 2010, more than 14.5 million hectares were expropriated and 1.15 million families settled.

INCRA’s own internal document reported, in 2019, that there were 111,000 hectares ready for agrarian reform, with the capacity to settle 3,862 families, but that everything was at a standstill.

INCRA, the government and ruralists recognize the paralysis, but affirm, in general terms, that agrarian reform is not limited to the expropriation and distribution of land and that, in a scenario of a very limited budget, it is necessary to prioritize the consolidation of the current settlements, focusing on the delivery of securities.

The titling of rural properties under the agrarian reform is part of the political objective of emptying the MST's influence over the settlers, in addition to seeking to open an electoral front in a terrain traditionally controlled by left-wing parties.

Starting in 2022, Bolsonaro intensified participation in events for the delivery of property documents, with beneficiaries being taken to the stage to receive the papers from the president's hands.

Check out scenes from the documentary 'Chão', about the MST

The Constitution determines that the beneficiaries of agrarian reform must receive documents relating to the property, non-negotiable for ten years.

Today, there are three types of title, granted after a process that involves, in addition to bureaucratic parts, the evolution of the settlement's consolidation and the production of the settlers. The first is provisional and is called CCU (concession of use contract), which allows the use and exploitation of the land, in addition to access to the benefits of the agrarian reform program. The other two are final.

The CDRU (concession of real right of use) can be granted collectively or individually, but maintains the State as the owner of the land. The TD (domain title) is individual, and the property is transferred to the settler. The latter, subject to certain conditions, including the ten-year period from obtaining the provisional title, can be freely negotiated.

Social movements, left-wing parties and specialists are against the current policy, which would have the objective of returning land to landowners or agribusiness, at low prices. 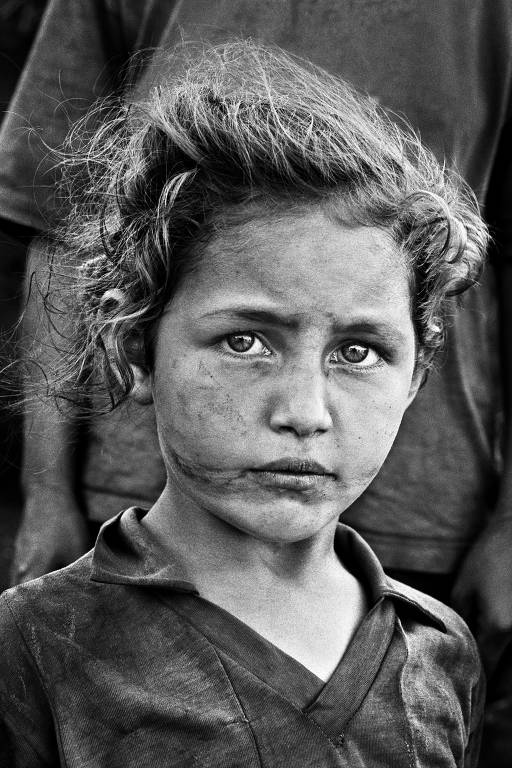 The MST defends the collective issuance of CDRUs, on the grounds that the model strengthens the movement to fight for the countryside and the settlements and allows small farmers to unite in favor of sustainable production, in addition to avoiding the capture of land. by agribusiness.

"Unfortunately, INCRA has become a rural rental company for land grabbers and large landowners", says Alexandre Conceição, from the national coordination of the MST. According to him, there are 120,000 families encamped awaiting expropriation and settlement.

Conceição also states that one of the main problems was the loss of seat in the government for the discussion of agrarian reform policies.

“They closed the dialogue, militarized INCRA, also scrapped other institutions, such as Funai and everything that has to do with the environment and national territory. The numbers under Bolsonaro are numbers for the large landowners. Titling to ensure that public lands are seized for large landowners."

Ronilson Costa, from the national coordination of the Pastoral Land Commission — an organ of the National Conference of Bishops of Brazil —, says that since Temer, who extinguished the Ministry of Agrarian Development, there has been an action against rural workers and privileges to agribusiness.

According to him, the mere delivery of titles without the offer of support and infrastructure that help families to produce and remain on the properties will take the land back to the latifundia [large plantations]. "There is an abandonment, a forgetfulness, especially in the settlements in the most critical situation", he says.

In a note, INCRA recognizes the budget drop, but says that the implementation of the agrarian reform policy is not limited to obtaining land and settling families and includes, among other actions, the offer of credit, housing, occupational supervision and titling of beneficiaries.

The autonomous government organization says that in recent years it has prioritized actions for the development and consolidation of settlements and the titling of families.

"Titling is important to ensure access to technical assistance, credit, insurance and production marketing policies, in addition to being fundamental for the family succession of farmers in the lots with the definitive document,” said the agency.

INCRA also said that in 2016 the Federal Audit Court pointed out signs of irregularities in the execution of the agrarian reform program in past administrations and that it works to regularize the situation of beneficiaries who, due to this, were blocked by the entity.