On Thursday morning, August 13, tractors brought down the structure of the Eduardo Galeano Popular School 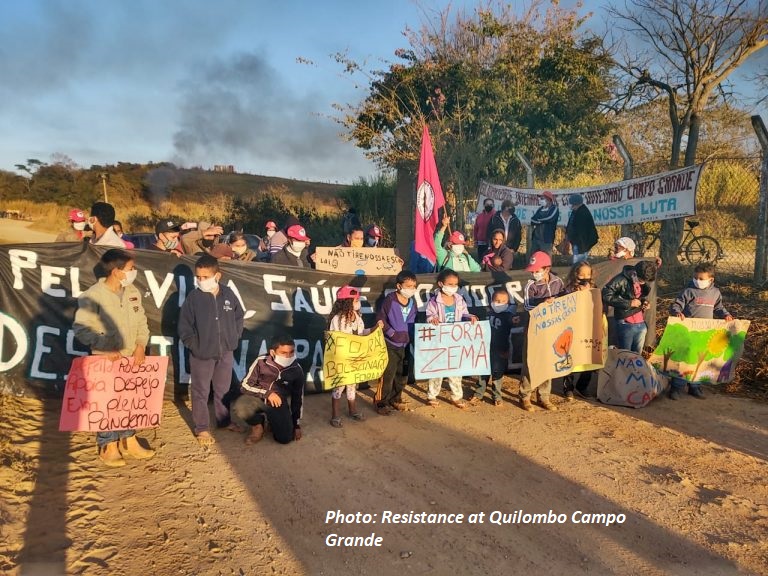 At the moment, about 200 men from five different battalions are at the Quilombo Campo Grande encampment to carry out the eviction order. The MST has filed a request at the (STJ) Superior Court of Justice to reverse the illegal eviction order and is calling for mobilizations on all social networks with #ZemaCovarde.

It was more than 12 hours of tension, this Wednesday (August 12), until the governor of the state of Minas Gerais took a position on the eviction that takes place at the Quilombo Campo Grande encampment, in the municipality of Campo. However, the relief that followed posting on Twitter suspending the eviction was short-lived. The police remained on the scene and the action commander told the MST that the eviction continues if he does not receive the official suspension order. 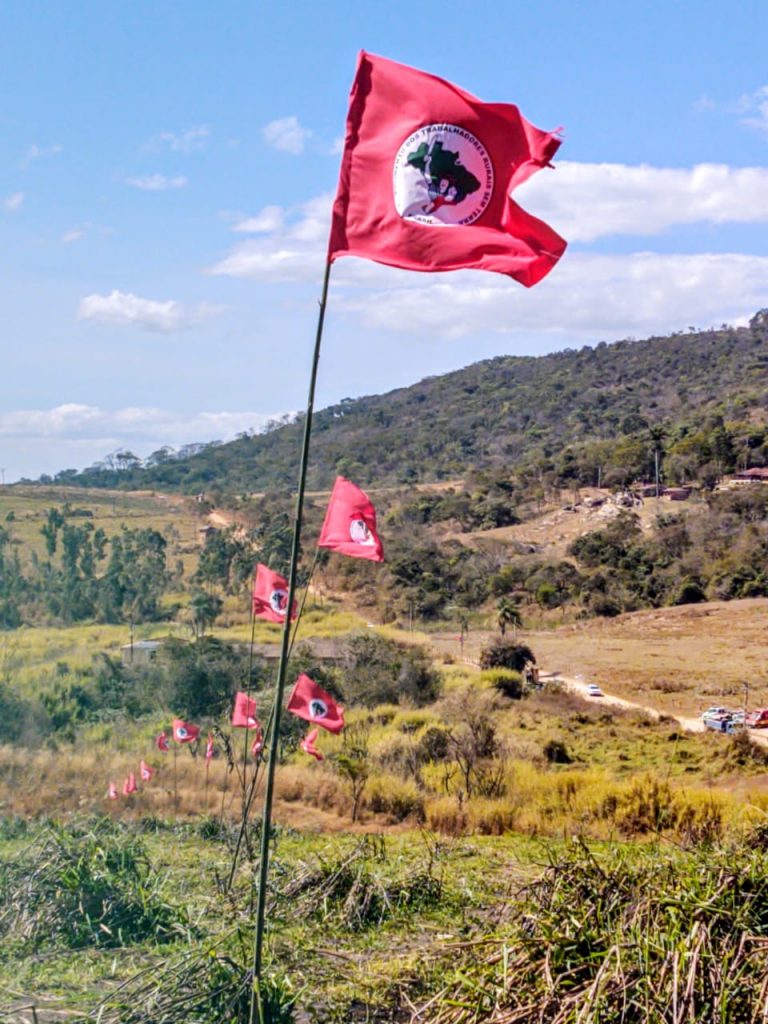 Shortly thereafter, Zema withdrew from the decision, claiming that the State Secretariat for Social Development forwarded the suspension request to the Campo Gerais district, which was not accepted. But the Movement has a different perspective. “He is the governor. He could give the order for the police to stop this atrocity and withdraw, at least while we go to court. Everyone here is at risk now, exposed to the Coronavirus. Instead, he cowers and makes excuses,” says Débora Mendes, from the MST state coordination.

The position of the governor came after a day of intense virtual, political and resistance mobilization by those encamped in the area. On social media, countless parliamentarians published videos asking for the suspension of repossession, as well as popular movements and sectors of the Catholic Church. The #salvequilombo tag was one of the most commented on Twitter of the day. The movement also organized an online petition and the sending of messages to the website of the Court of Justice of MG.

Throughout the day, rural workers tried to prevent the advance of the Military Police inside the camp. In addition to the school, a collective shack where three families lived was evicted. The police were unable to find a place to welcome families or take the peasants' creations and even suggested that they should go to Vila Vicentina, where the confirmed cases of Covid-19 are concentrated in the city. 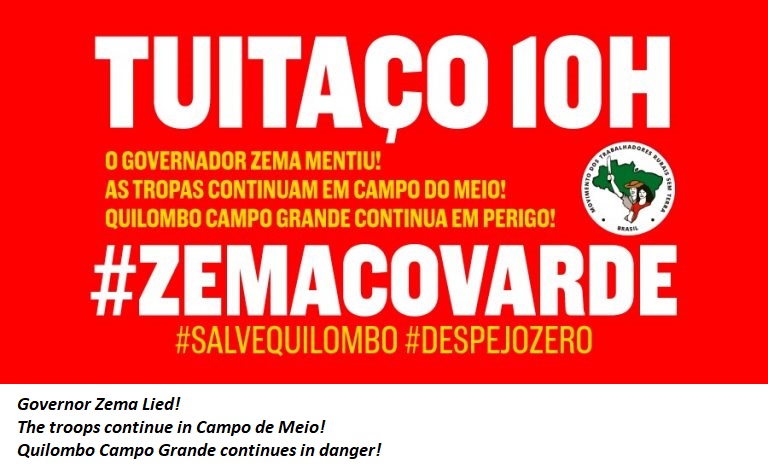