Food is the right of every human being! 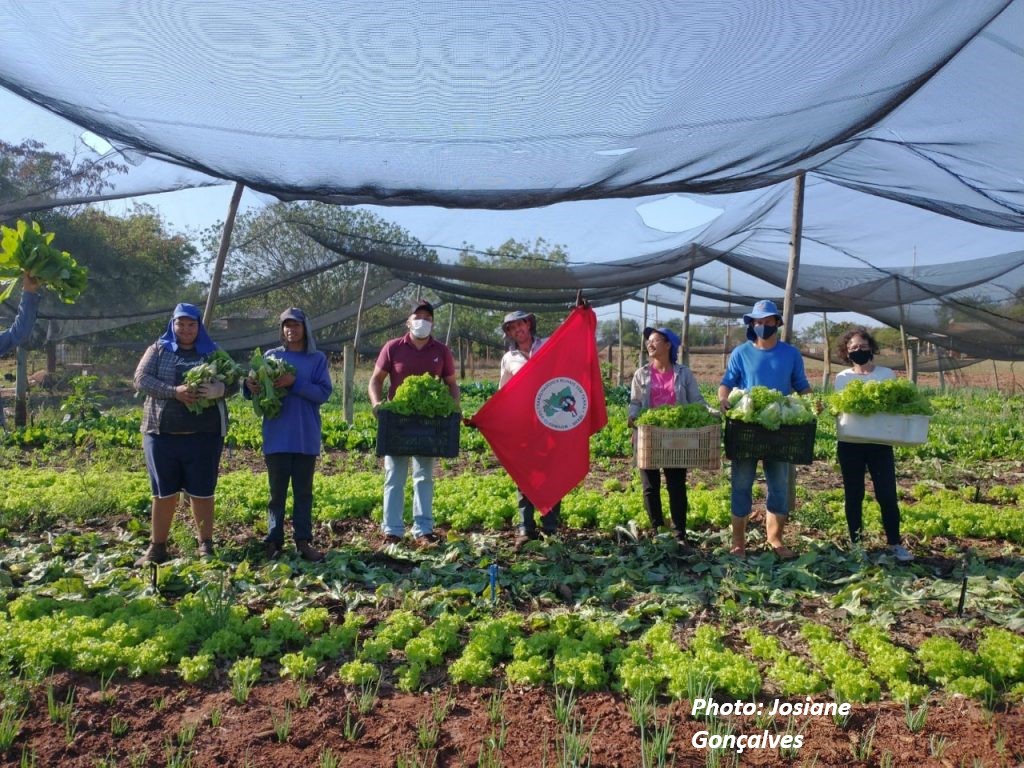 1. HUNGER. More than 20 million Brazilians go hungry. 55% of the population suffers from food insecurity. Every day, 50 million are poorly fed, without the amount of meals or food to live with dignity. This crime affects mainly women, children and black people, the expressive majority who live in the outskirts of the cities. The crisis is global, but Bolsonaro’s policy increases the crisis, throwing in the gutter 67 million workers who have no work, jobs, income and rights.

2. “NON-FOOD”. In the search to meet basic needs more cheaply, the consumption of ultra-processed products has increased, which satisfy hunger, but do not nourish and, moreover, cause numerous health problems. The poison is on the table! Only in the Bolsonaro government, 40% of all pesticides used in the agricultural history of the country were released.

3. HIGH FOOD PRICES. Everything is expensive! General inflation is already in double digits (10.25%) and food inflation is even higher, reaching 14.66%. Cooking gas costs 10% of the minimum wage and the energy bill has the weight of deforestation, responsible for the reduction of water in many watersheds. The fuel price policy adopted by the government results in high prices, gasoline alone has risen 39.6% since the beginning of the year. In the Bolsonaro government, the basic food basket rose 52%, while the minimum wage increased only 10.2%.

4. UNEMPLOYMENT AND LOSS OF INCOME. The labor reform has made job insecurity widespread. Poorly paid, most spend all they receive on food, rent and transportation. Unemployment reaches 14.1% of Brazilians, self-employment has exploded, involving 25 million people, and debts already compromise 60% of family income. In the last 10 years, the number of slums has doubled in the country and the housing deficit is already greater than 5.8 million dwellings.

Why is food expensive?

5. THE CONCENTRATING MODEL OF AGRIBUSINESS. Brazilian agriculture is dominated by agribusiness that does not produce food, but products for export, commodities, exploiting land and nature as productive and financial assets. Agribusiness is formed by only 1% of farmers, who control more than 50% of all land, some of them with areas of more than 100,000 hectares. They concentrate on sugarcane, soy, corn, cotton and cattle raising for export. And together with them are 50 big transnational companies that control the commerce of agricultural products, dictating the price of the products. The more expensive food is, the more these companies profit.

6. CLIMATE CHANGE AND NEW PANDEMICS. Through deforestation, agribusiness appropriates public lands and invades peasant, quilombola and indigenous territories, leaving a trail of violence and destruction. It burns the forests, causes droughts, kills the rivers, degrades the soil and its fertility, contaminates the land and water with pesticides. By attacking the environment, they change our entire system of life and unbalance the climate, provoking clouds of dust and locusts in the interior of the country and floods and landslides on the hillsides in the peripheries. Climate change caused by agribusiness separates farmers from agriculture and makes the price of food more expensive. The industrial logic of capitalist food production underlies the generation of pandemics and infectious diseases.

7. THOSE WHO PRODUCE FOOD HAVE NO SUPPORT. Family and peasant farming produces more than 360 types of food for the Brazilian people, but receives no support from the state and government. The Bolsonaro government has abandoned food production, destroyed all support policies for family farming and only protects agribusiness, which, despite not producing food, appropriates the food produced by rural people, through the food industry, speculating on hunger and turning food into a commodity.

How to face Hunger?

8. OUT BOLSONARO. To confront hunger, we need to remove Bolsonaro and implement policies that protect the rights of working men and women, stimulating food production, exercising control over prices and generating jobs and income in the countryside and in the city.

9. NO MORE AGRIBUSINESS. The Brazilian people do not need agribusiness to feed themselves. Agribusiness does not pay export tax, speculates on food and produces hunger. In Congress, the Parliamentary Front for Agriculture has 241 of the 513 deputies and 39 of the 81 senators and acts as a lobbyist for its own private interests, setting guidelines for the regularization of land grabbing, privatization of agrarian reform, and the invasion of indigenous and peasant territories.

10. STRENGTHEN THE STRUGGLE OF RURAL, WATER AND FOREST PEOPLES AND PRACTICE SOLIDARITY WITH THOSE WHO ARE GOING HUNGRY. We need to make Agrarian Reform, demarcate indigenous lands, recognize the rights of quilombola and peasant territories. The right to food for all Brazilian people will only be assured through peasant agriculture, agroecological and agroforestry, in balance with nature and also with incentives to agroecology in urban areas. Occupy the estates, in the countryside and in the city!

Attached is a PDF in Portuguese on the human right to food.