The main target, former Justice Minister Anderson Torres is currently in the US; The decision affects former Military Police chief

Brasília Federal Supreme Court Justice Alexandre de Moraes ordered the arrest of Anderson Torres, Public Security Secretary of the Federal District, who was exonerated after the attacks on the Headquarters of the three Powers on Sunday (8). 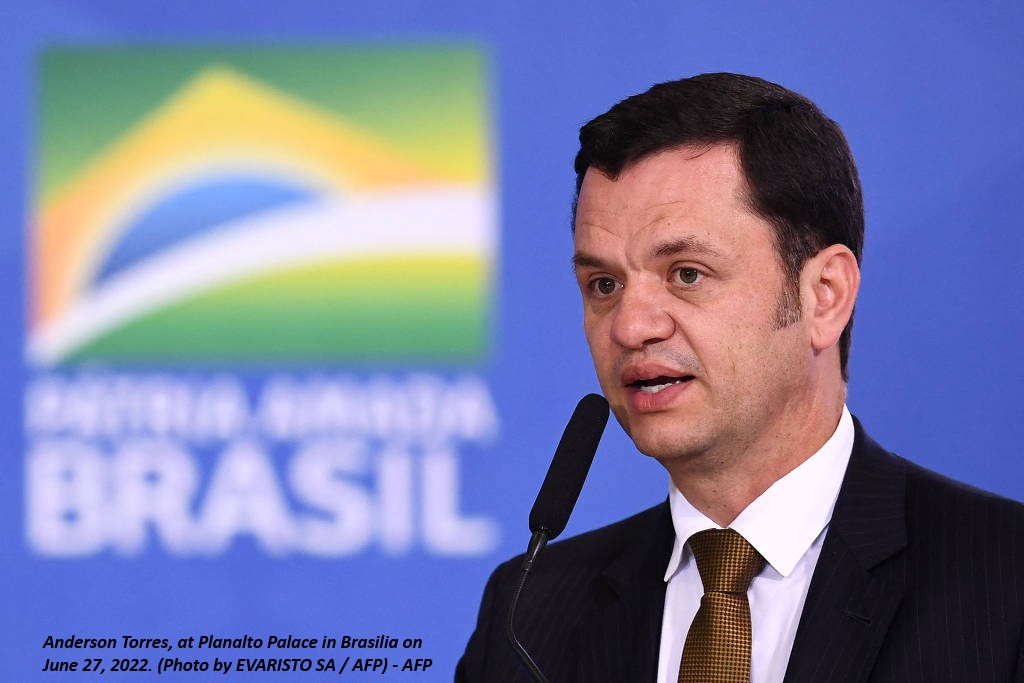 On vacation in the US, he was not in Brasilia on the day of the coup-mongering actions. According to Moraes, "his omission was widely proven by the lack of security, which enabled the invasion of public buildings".

Former Justice Minister of the Jair Bolsonaro government, Torres said that he is guided by "ethics and legality" and that he will return to Brazil to present himself.

Also targeted, the former head of the Military Police of the Federal District Fabio Augusto Vieira is already under arrest. According to Flávio Dino, Justice Minister, the Military Police staff on the Esplanade of Ministries, on Sunday, was smaller than planned.