Abuse of power: Could Bolsonaro face justice for the September 7 acts?

Presidential candidates campaign organizers may turn to the Judiciary; law experts assess the use of official resources 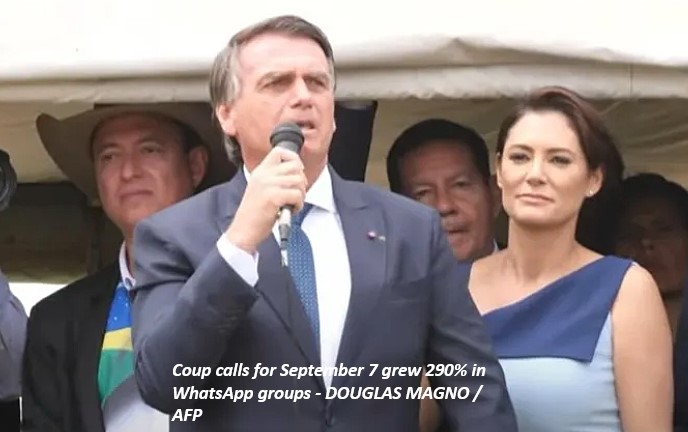 The use of state structures aimed at the celebration of the Bicentennial of Brazil’s Independence, this Wednesday (9/7), by the president and candidate for reelection Jair Bolsonaro (Liberal Party) may result in actions on the Electoral Justice.

By the end of yesterday afternoon, the campaign organizers of former president Luiz Inácio Lula da Silva (Workers’ Party), Ciro Gomes (Democratic Labor Party), and Soraya Thronicke (Union Brazil) had announced that they would take action on the judiciary.

“It is incontrovertible that Bolsonaro used an official event to give a speech as a [presidential] candidate. It is a blatant abuse of economic and political power, with the use of public resources and a huge public structure to make a [political] campaign,” attorneys Eugênio Aragão and Cristiano Zanin Martins, who represent Lula’s Brazil of Hope Coalition, said in a statement.

Federal deputy Luiza Erundida (Socialism and Liberty Party, known in Brazil as PSOL) also announced on her Twitter account that her party’s politicians will take action. “PSOL parliamentarians in the Chamber of Deputies and opposition parties will take action on the TSE (Supreme Electoral Court) against the abuse of political and economic power promoted by Bolsonaro on September 7. The (un)president used an official event to deliver a speech as a reelection candidate. Plus, he threatened democracy”.

“There is a clear abuse of economic power combined with the use of political power. Bolsonaro used a national celebration day, with the structures of an event organized by the federal government, to accomplish his own political and electoral goals. This behavior must be examined from the point of view of the electoral legislation and must be harshly reprimanded,” said attorney Marco Aurélio de Carvalho, member of the Prerrogativas (Prerogatives) group, to Brasil de Fato.

Attorney Augusto de Arruda Botelho made an assessment of the events on the same day they took place. “Besides being an important day to Brazil and a national holiday, September 7 is a moment in which the federal government, the state government, and municipal administrations perform official civic acts to celebrate the day. These acts are sponsored with taxpayer money and are considered part of an official calendar”, he explains.

“We saw the federal government and president Bolsonaro doing an electoral campaign act in an electoral year. More than talking about Brazil’s Independence, Bolsonaro talked about his candidacy, canvassed for votes, and held a rally. It confronts the electoral law. It is a blatant economic and political abuse and, therefore, [Bolsonaro] must be held responsible for these acts on the Electoral Justice,” Botelho said.

Abuse of political and economic power, according to the Supreme Electoral Court

According to the Brazilian Electoral Glossary, which can be accessed on the Supreme Electoral Court’s website, abuse of political power “occurs in situations in which the holder of power uses his or her position to act in order to influence voters. Therefore, it is characterized as an act of authority exercised to the detriment of the vote”.

When talking about elections, the abuse of economic power “is related to the excessive use – before or during the electoral campaign – of material or human resources that represent economic value, seeking to benefit a candidate, party or coalition, thus affecting the normality and legitimacy of the elections”.

Both the abuse of political and economic power are “illegal practices in electoral campaigns” and, if proven, may lead to the ineligibility of the candidate for eight years, among other punishments, according to Complementary Law n. 64/1990, also known as the Law of Ineligibility.