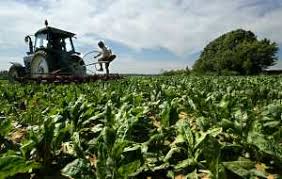 President Dilma Rouseff came to Alagoas to launch the program “Water for everyone” and an agroindustry producing manioc flour.  The day took a political tone when the social movements linked to the fight for the land – the MST, the Pastoral Land Commission (Comissão Pastoral da Terra, CPT), Movement for the Liberation of the Landless (Movimento de Libertação dos Sem Terra, MLST), and the Land, Labor, and Liberty Movement (Movimento Terra, Trabalho e Liberdade , MTL)--took the opportunity to bring the message of the peasant farmers to  the head  of the Brazilian State.

“Without the accomplishment of agrarian reform, understood as a structural policy of sharing the wealth (land and income), there is no way to fight poverty” warns Débora Nunes, from the national Coordination of the MST. She estimates that the fight against poverty needs to combine the palliative policies already announced (transfer of income) and a more structural policy that conditions the men and women from the countryside to get involved in the production of food. This is what the Agrarian Reform aims to do but it’s currently going through some difficulties to be implemented.

The main  difficulty comes from the budget allocated to this policy. Always constrained and significantly lower than the budget received by the agribusiness, the resources allocated to the the National Institute for Colonization and Agrarian Reform (INCRA) are insufficient to conduct the expropritations necessary to settle the families that need land to cultivate. Besides the budget, the entire structure of INCRA (physical, regulatory and staffing) also needs deep adjustments in order to meet the demands adressed to the Institute. At the present time, INCRA functions only when pressured by the mobilization of peasant farmers.

In areas already covered by Agrarian Reform, the settlements, the reality is no less difficult: the lack of infrastructure and the lack of a governmental investment policy causes those areas to be isolated from the counties in which they are setted. They are lacking roads, bridges, schools, health care, sanitation, acces to cultural services and even water for planting.

Despite all those difficulties, peasant agriculture produces healthy food that arrives on the tables of millions of Brazilians, according to the data collected by the IBGE (Brazilian Institute of Geography and Statistics) in the 2009 farming census report.