The future is now: the historic crossroads of the environmental crisis in Brazil

The MST has taken immediate measures to mitigate the effects of the climate, such as the National Plan to Plant Trees and Produce Healthy Foods, which have pointed to the prospect of Peoples Agrarian Reform, with the planting of 100 million trees in ten years, combined with food production in agroecological systems 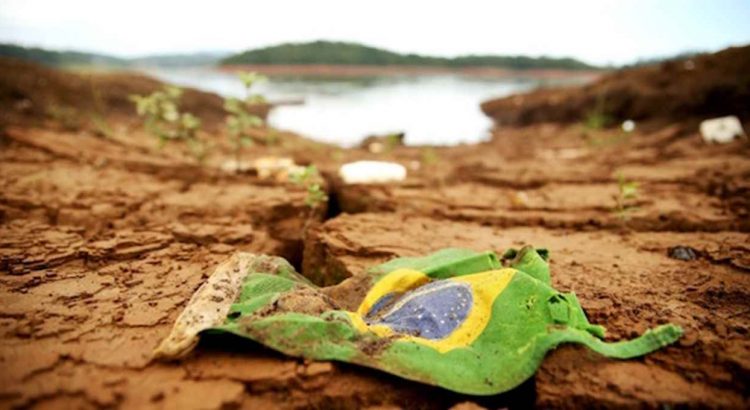 In these days we are experiencing the acceleration of global warming and a possible climatic collapse that are consequences of the capitalist way of life, responsible for bringing us to this point. This way of organizing life (which has been hegemonic since the 19th century) in a society that produces waste and destruction by treating everything as a commodity, prioritizing profit above all, including the preservation of the conditions of existence of the human species.

Fidel Castro already warned humanity of the harmful dangers of the capitalist society of consumption and waste for the planet and all the species that inhabit it, including ours, in 1992 at the United Nations (UN) conference on the environment. Today it is possible to see and feel climate change more clearly, as well as to perceive who suffers from the disasters caused or potentiated by the destructive actions of big capital that generate climate change.

We saw in the last year, the year in which the Intergovernmental Panel on Climate Change (IPCC) released its report with frightening projections on global warming, Brazil breaking records of deforestation in the Amazon, with intense fires in the Pantanal and agribusiness advancing in the Cerrado, in turn, driven by the advance of illegal mining and cattle ranching, which are also linked to various economic processes engendered by internal and external actors in Brazil.

Scenes such as gigantic clouds of dust, tornadoes where they had never happened before, extreme droughts, heat waves and torrential rains, landslides, all of this is due to the destructive action of large corporations that pollute water and air, destroy biodiversity and ecosystems bringing irreparable consequences to the environment and to those who live in it.

The influence of climate change has arrived brutally, and if something is not done, the trend is to get worse in the coming years. The result of this is the intense rains in the Northeast and Southeast regions, mainly in the State of Bahia and Minas Gerais, but which has already advanced to other states. And at the same time that these States suffer from the causes of heavy rains, the South of Brazil faces drought with the possibility of reaching a heat wave above 40°C (104°F).

The phenomenon that occurred is a humidity corridor – called the South Atlantic Convergence Zone – that comes from the south of the Amazon to the Atlantic Ocean. This always occurs in Brazil with the function of replenishing water and contributing to atmospheric stability. But this year was an atypical one, with an abnormality caused by deforestation, fires that cause an increase in temperatures, generating each year more intense rains, beyond what was estimated, which has had great impacts on the lives of Brazilian families, especially the marginalized and impoverished.

The northeastern state of Bahia had 165 municipalities affected and 153 of them declared a situation of emergency. The damage left by the floods will take time to repair, such as roads, homeless families, health, access to clean water. There were 59 water systems affected by the rains. In the state, the sad loss of 26 people has already been reached.

In Minas Gerais, heavy rains arrived together with the year 2022. Rains beyond the historical average caused flooding, closed roads, isolated populations, destroyed agricultural crops, risk of rupture of ore and water tailings dams, overflows of ore, the collapse of a block of stones in Lake Furnas, in Capitólio (MG) and the collapse of slopes in Ouro Preto, all in the first 15 days of the year.

The Pátria Livre encampment, in the municipality of São Joaquim de Bicas, Minas Gerais, and the 2 de Julho settlement in the municipality of Betim, MG, both are on the banks of the Paraopeba River, which with the intense rains had the water level increased and reached two communities with 168 families in these locations. This is the same river that had its waters polluted by the rupture of the Vale S.A dam in 2019, in the Brumadinho region. Now with the rains, in addition to a lot of water, many ore tailings have been washed into the river and land. Families have already started to measure the damage caused, which has been recurring since 2019, with Vale's crime and the situation is very worrying.

The impacts of climate change are increasingly noticeable around the world. Disasters will be increasingly recurrent, especially in countries located in the global south. Research indicates that many of these extreme events are irreversible, including sea level rise. Effects arising from the historical exploitation of nature's common goods, such as the current examples of the states of Bahia and Minas Gerais, which since the 17th century have been exploited through the deforestation of the Atlantic Forest, mining, then livestock and monocultures, which now in the 21st century suffer the consequences and impacts of predatory capitalism in the region.

Faced with this alarming scenario, researchers present measures to mitigate and/or adapt to climate change, however, these measures, which should be planetary, have been carried out unevenly, while on the one hand rich countries have invested in geoengineering to adapt to the climate change, on the other hand, developing countries do not have the financial resources to modify the industrial or transport structure without burning fossil fuels. Which leads to climate inequality.

The current historical moment is unique in terms of delaying climate impacts and, given the setback of environmental policies in Brazil, the Landless Rural Workers Movement (MST) has announced and implemented immediate measures to mitigate the effects of the climate on society as a whole. The National Plan to Plant Trees and Produce Healthy Foods has pointed the perspective of Peoples Agrarian Reform to the effects of the environmental crisis. The 10-year Plan aims to plant 100 million trees, boost the recovery of degraded areas in all Brazilian biomes, cultivate different agroforests for the production of healthy foods in harmony with nature and its biodiversity, and work to raise awareness on the issue. environmental.

Research on Agroforestry Systems (SAF's) has highlighted that municipalities in which this practice has been intensified are less vulnerable to climatic effects, as they guarantee agricultural production in a sustainable way, providing food with the use of fewer resources and, consequently, have minimized the environmental impacts of agricultural production. SAF's are one of the experiences of short- and long-term adaptive measures to mitigate climate effects, however these actions must involve rural and urban subjects and medium- and long-term public policies to guarantee human survival on Earth, the common house.

For the IPCC, the scenarios that we are already seeing and feeling will be the new normal, with predictions of even worse futures if greenhouse gas emissions are not drastically reduced. In this way, slowing down the warming of planet Earth involves socioeconomic changes that are based on unbridled consumerism and the exploitation of nature's common goods, to the detriment of the accumulation of wealth and the worsening of social inequalities. Thus, to guarantee human life on Earth and the future of new generations, a new project of society is necessary, based on socialist matrices, with new interpersonal human relationships and with nature and the interruption of the vicious cycle of capitalist exploitation.

*Both are part of the MST's National Collective of the Planting Trees, Producing Healthy Foods Plan.

From the MST Page | Edited by Solange Engelmann | https://mst.org.br/2022/01/17/o-futuro-e-agora-a-encruzilhada-historica-da-crise-ambiental-no-brasil/