Located in the extreme south of Bahia, the Popular School of Agroecology and Agroforestry Egídio Brunetto proposes paths and methodologies for Agroecology 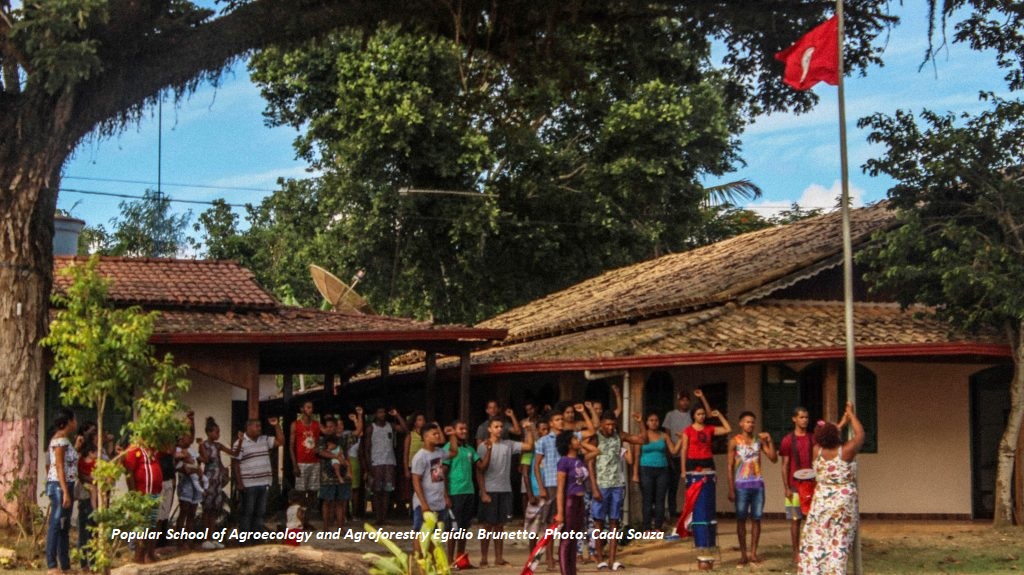 In a region of Atlantic Forest devastated by the advance of eucalyptus monoculture, pastures and coffee plantations, Sem Terra families have rewritten history in the extreme south of Bahia. And to create this new perspective on life and hope, these families experience, learn and teach ways to manage and recover severely damaged soils and agro-ecosystems.

Bringing all this wisdom together is the Egidio Brunetto Popular School of Agroecology and Agroforestry (EPAAEB), the MST training center in the region. The construction of the school took place amid a tension between development models, where the school becomes a pedagogical tool for rural workers who are in a constant process of struggle for the right to land and territory, says Dionara Ribeiro, from the pedagogical sector of School. 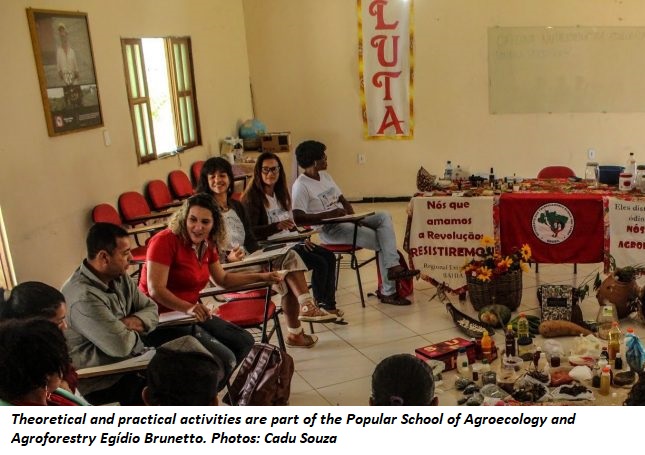 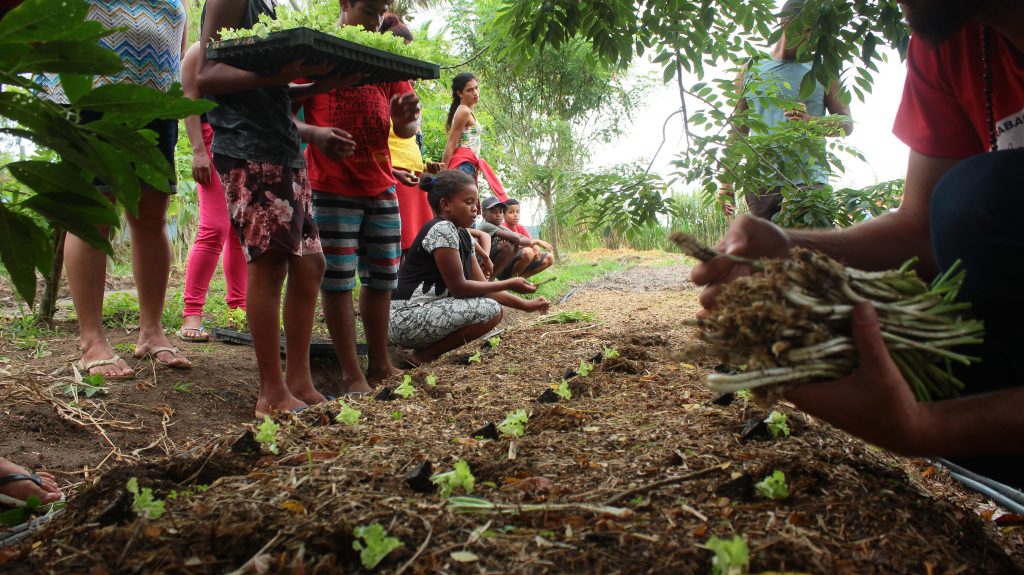 Felipe Campelo, also from the pedagogical sector of the EPAAEB, highlights the important space for reflection on the challenges of building the agroecological base. “Egídio Bruneto is a school built by many hands. To talk about the school is to remember that it is the result of an intense struggle against the expansion of eucalyptus in the extreme south region of Bahia. The MST, realizing that the capital model was occupying the land, destroying the trees, occupying the territory as a whole, made this confrontation that culminated in the conquest of several settlements and the school.”

The initiative seeks to stimulate in rural schools a new way of living and living in the countryside and in the city, respecting the environment and encouraging the production of healthy foods, for a new social and environmental balance. “The construction of the school is constantly revisited; it is the result of this struggle and this struggle does not stop, so the construction of the school does not stop. It is constantly changing, based on our needs that change over time,” says Felipe. 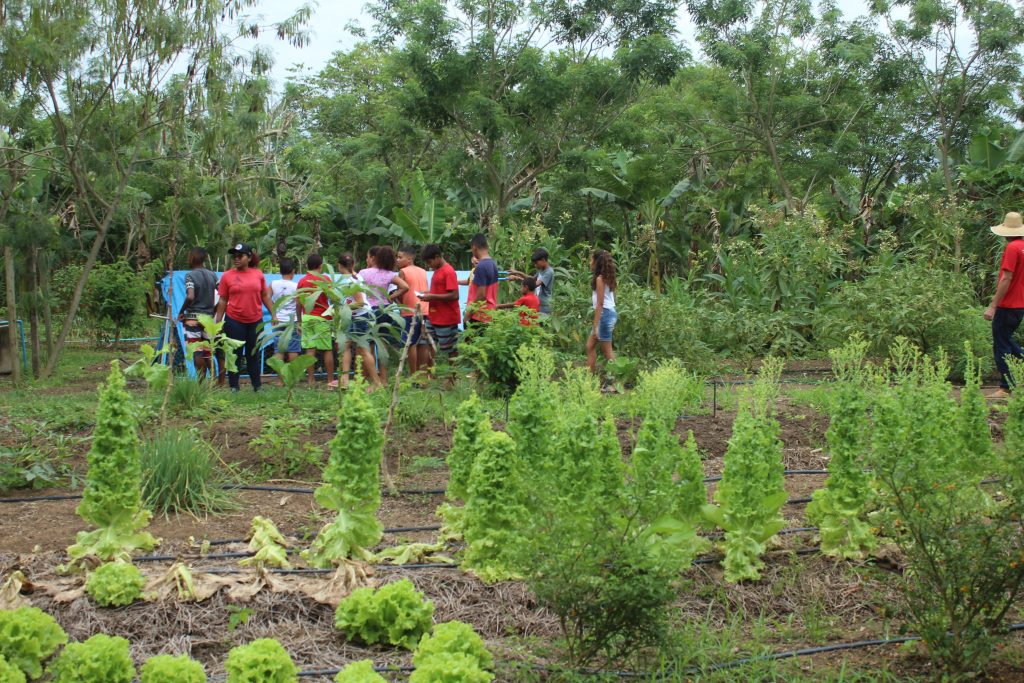 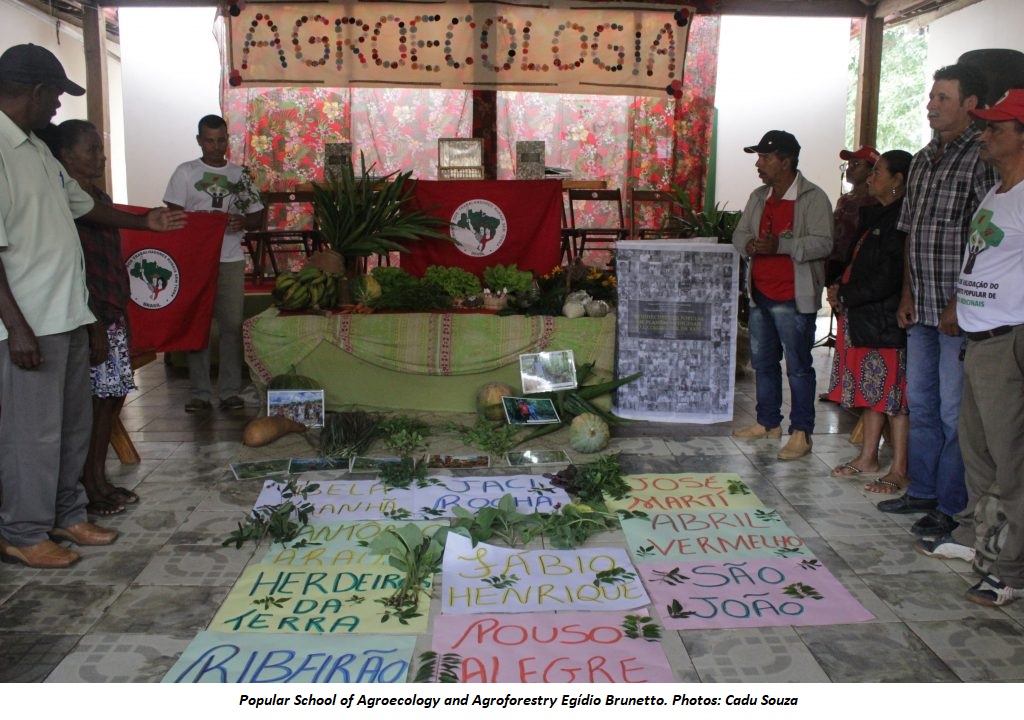 The development process of the training courses involves reflections among the sectors of the Movement, based on analyzes of the situation and the duty to preserve the environment. “A collective reflects the effective need for us to be able to move forward in the process of organizing production, building bio-inputs, containing pests and diseases, so that we can increase the diversity and biodiversity of the ecological system. All of this analysis helps to establish a group, which will formulate the method to be developed together with partners in the areas,” says Felipe. 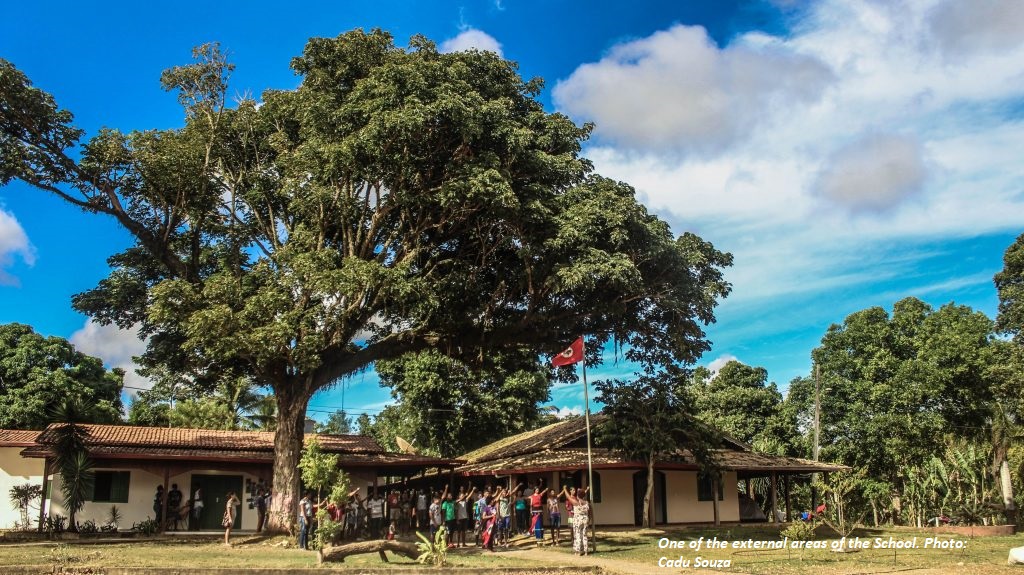 Dionara also emphasizes the collectivity when defining the concrete needs of the training spaces. “We implemented productive arrangements at the school that dialogue with the settlements. It is a way of advancing agroecological production and, at the same time, carrying out experimentation and training with families. In this way, we implemented theoretical and practical courses based on the peasant-to-peasant methodology and based on the principles of popular education. Many families receive training and multiply in their areas, in addition to receiving technical support within their lots.”

And it continues. “Another task of the school is to advance in professional technical training for youth. Therefore, in partnership with the state education department, we offer a technical course in agroecology, which also helps us to develop a process of experimentation and research from the school's own production units and also from the experiences of the settlements, and has enabled us an advance in the field of training and systematization with students,” recalls Dionara. 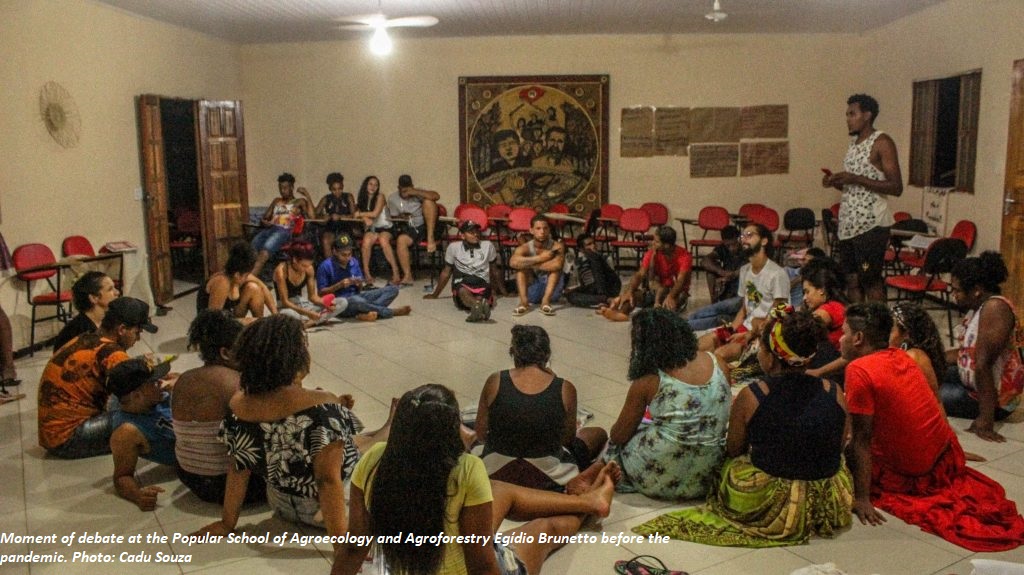 As a concrete example, Felipe brings the curriculum perspective as a result of years of struggle by the MST, such as the campaign against pesticides. “Six years ago, the debate against pesticides arose from the need to understand what the dangers are and what is behind these products. Work was done in the settlements, in the brigades, but mainly in the 52 schools in the countryside. And this process of the pesticide campaign ended up being incorporated by rural educators, it gained momentum, and ended up culminating in the need to deepen a theoretical reflection on the theme, like the one we had with Fiocruz.”

Completed in late 2020 by training 43 students, the specialization in Agroecology and Rural Education is the result of a partnership between the MST and the Joaquim Venâncio Polytechnic School of Health, linked to the Oswaldo Cruz Foundation (EPSJV/Fiocruz), one of the most important bodies of research and education in science and health, as Felipe recalls. "We have great and valued companions within Fiocruz, who came here with great intensity and involvement in the popular education process and contributed in a very qualified way to training." 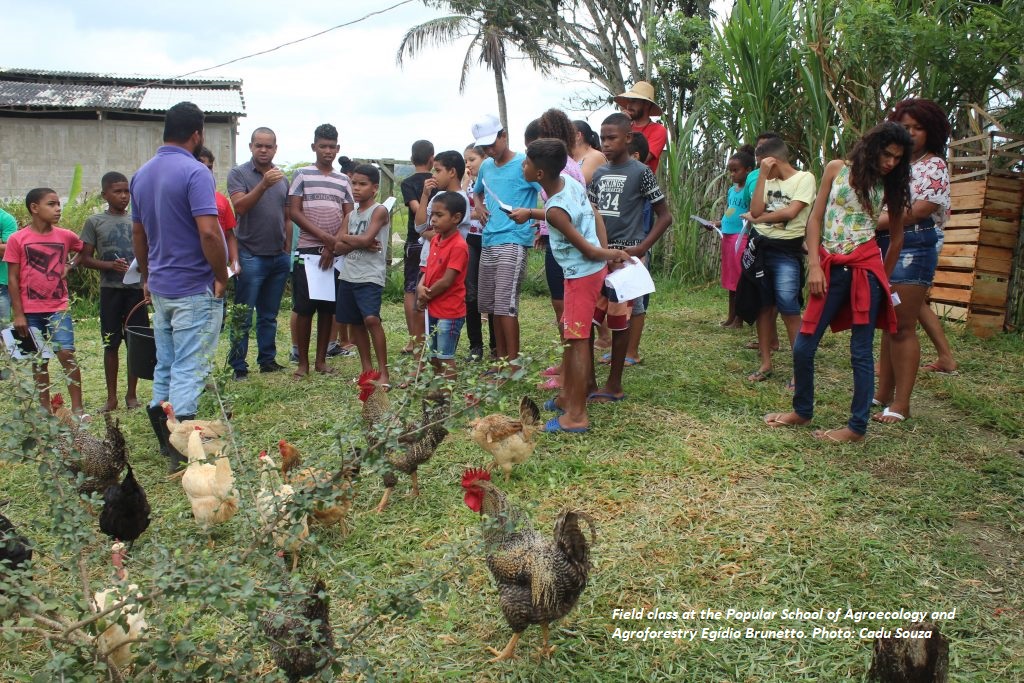 Carried out in five stages, the course took place over a year and a half and culminated with the presentation of a Course Conclusion Paper (TCC) that required an intervention plan in agroecology in rural schools. “It was more in-depth planning on how to improve/qualify the agroecology debate and transform it into something more concrete within school environments and this relationship with communities. As a legacy, we have these intervention plans, essential to help us in the process of advancing agroecology within our schools,” says Felipe.

“The partnership with EPSJV/Fiocruz aimed to offer a specialization in rural education and agroecology that sought above all to broaden the theoretical basis of our educators on the movement's pedagogy and socialist pedagogy, apprehending essential elements for thinking about the school of rural workers from its Popular Agrarian Reform project, as well as deepening the fundamentals of agroecology and the challenges of incorporating this area of ​​knowledge thinking about the school,” adds Dionara.

Challenges for the next period 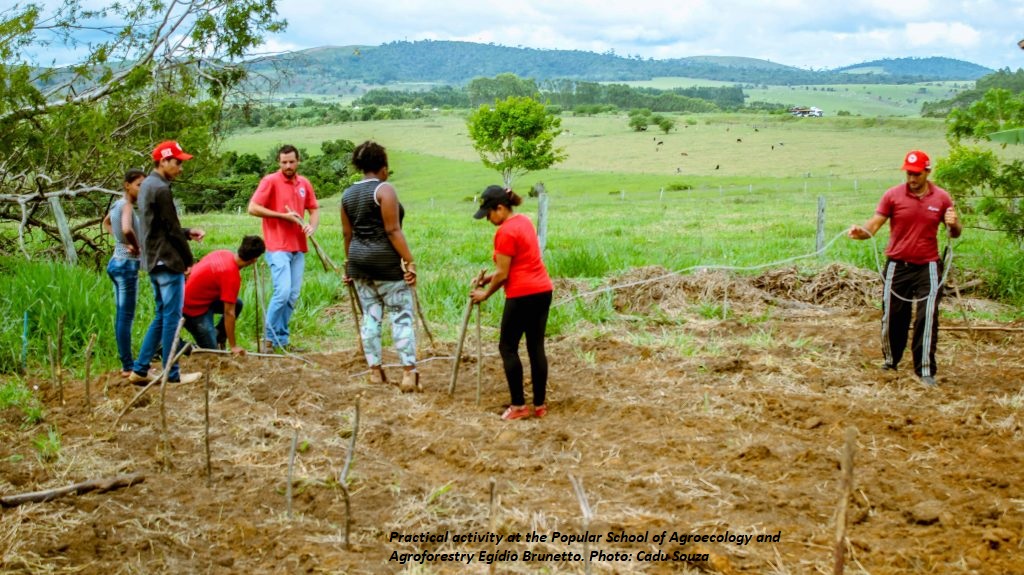 Currently, the EPAAEB has a fundamental role in the participation and construction of spaces aimed at advancing Agrarian Reform and Agroecology in the region's settlements, and for this reason its challenges are mainly in the process of developing the pedagogical political educational project. “We are seeing an offensive to close the schools, and it is a great challenge to keep our schools open, functioning, to be a space of peasant resistance,” explains Felipe about the adversities they face daily.

According to him, another major challenge is the precariousness that these schools face on the part of city halls. “They are teachers whose salaries are very low, often delaying several months and have educators who do not receive. There is no school transport, the roads are bad, there is a lack of structures such as internet, library, laboratory. This precariousness is felt at the national level, and in the countryside it is worse. So there is a project for these rural schools to be destroyed, to be dismantled. ” 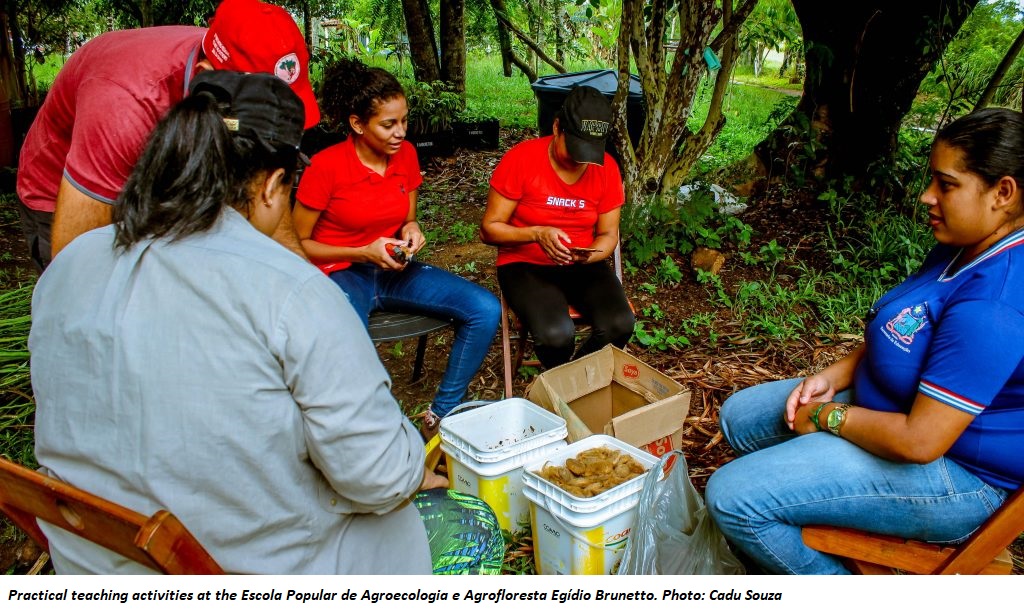 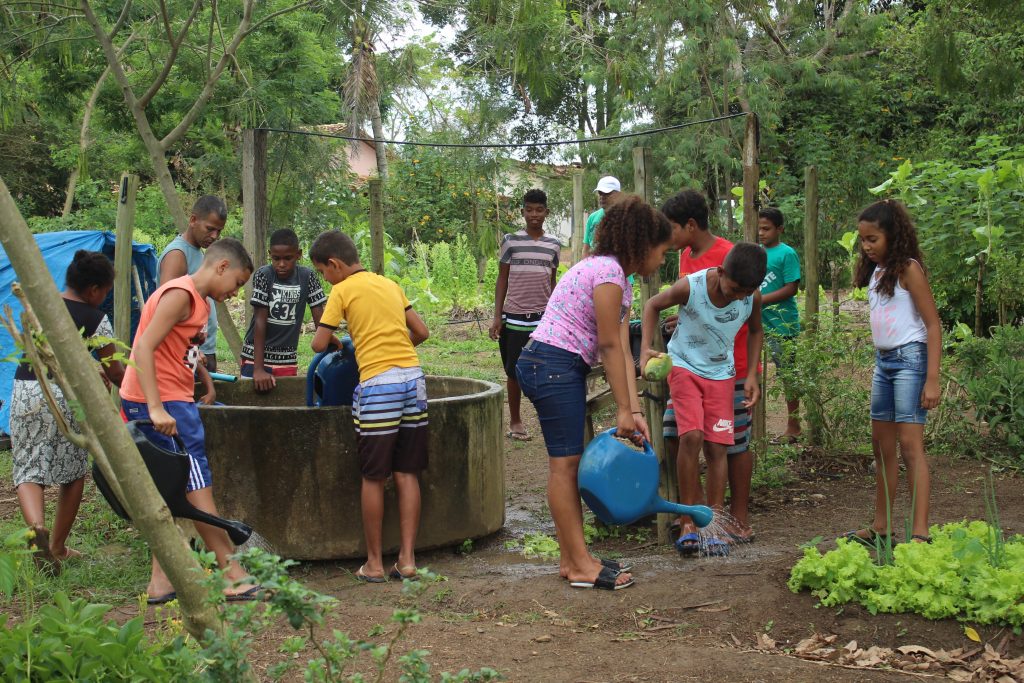 The solution, for Felipe, is to think of rural education as an integral education, one that can really understand the challenges that farmers face. "It needs to be a school appropriate to the needs that students have, which are quite varied."

In this perspective, Dionara points out that the MST seeks to act in the development of training in the area of ​​agroecology in basic education, seeking, collectively with the 52 schools in the region, to include agroecology in the school curriculum. “We bet that the new relationships between human beings and nature must be addressed from the first years of life, and the school is a powerful space for this work,” concludes Dionara.

By Fernanda Alcântara | From the MST Page | Edited by Solange Engelmann | Translated by Friends of the MST (US) | https://mst.org.br/2021/02/23/escola-popular-egidio-brunetto-a-constante-construcao-da-educacao-agroecologica/