In PE, MST families donate 1,500 kilos of organic food to a social project

Free of transgenics and pesticides, the vegetables will be used to prepare lunch boxes for the needy population 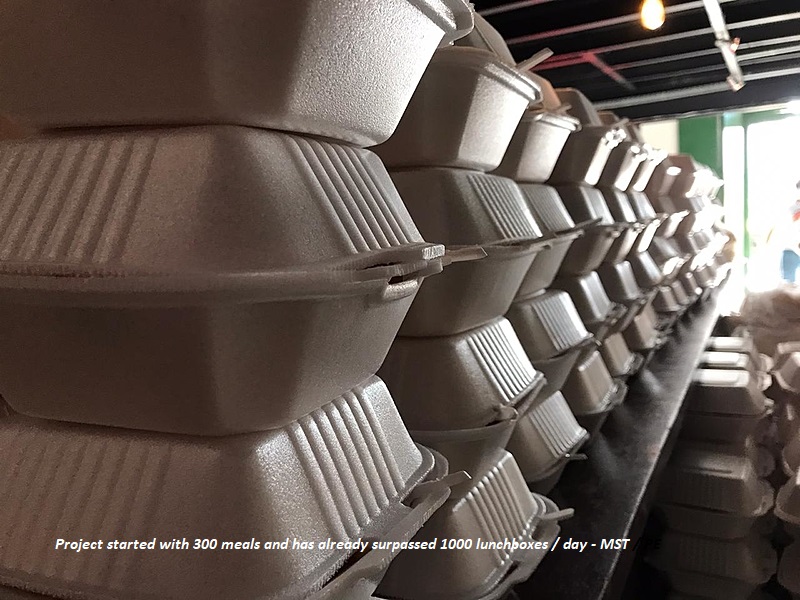 Since the end of March, the Landless Rural Workers Movement (MST) in partnership with other popular movements, non-governmental organizations, unions and other entities linked to the Brazil Popular Front have been distributing lunch boxes to the homeless in Recife (PE).

The initiative has already distributed more than six thousand meals in Armazém do Campo, which has functioned as a hub for the production and distribution of lunchboxes and other initiatives of the Hands of Solidarity project, such as the manufacture and distribution of disposable masks and basic baskets for those in MST encampments and vulnerable families in the Metropolitan Region of Recife.

On the night of last Thursday (April 2), the project received yet another demonstration of solidarity from families living in MST encampments in Goiana, in the Metropolitan Region of Recife. About 1,500 kilos of food such as manioc, yam, corn, beans and sweet potatoes were sent by families from three areas where the movement has not yet achieved land ownership, but is already producing for own consumption and commercialization.

For Afonso de Souza, state director of the MST, the action contributes to providing healthy and quality food to those who need it most at this time. “One of the movement's concerns is to guarantee quality food for the population. Our production is already largely agroecological, so that it is healthy for both own consumption and commercialization. In the case of the donation for the project, this is a source of pride and satisfaction in guaranteeing the food for those who are already in this vulnerable situation.”

The proposal is that families camped and settled in the Metropolitan Region of Recife continue to donate frequently, including considering the increase in the number of meals distributed, which started with 300 meals and has already surpassed the mark of 1000 lunchboxes/day. For those who want to contribute, it is possible to donate any amount of money, which will be used to structure the various initiatives of the project. Interested parties can contribute to the following bank account: