Bolsonaro's attack on the elderly includes pensions, cuts in the BPC and breaking of the quarantine

Expansion of emergency basic income for poor elderly was approved by the Senate, but vetoed by the president 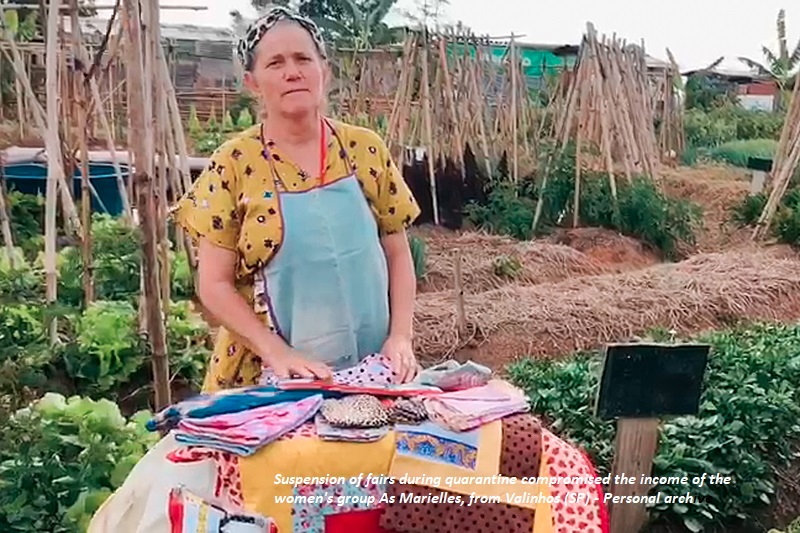 It is not new, with the COVID-19 pandemic, that the living conditions of the elderly and retirees have been worsening in Brazil. During the government of Jair Bolsonaro (without a party), the country has been witnessing measures such as the pension reform, approved by the National Congress in October 2019.

Now, after the approval of the minimum income by the Senate last Monday (March 30), the country saw the presidential sanction with vetoes of points such as the expansion of the Continuous Benefit Installment (BPC) [a part of Brazilian social security which guarantees a minimum income for the elderly], which would benefit the poor elderly and disabled, providing an increase from a quarter to a half a minimum wage.

According to the Planalto, the veto to expand the BPC was guided by the ministries of Economy and Citizenship. According to the government, the benefit would have an impact of R$ 20 billion on public accounts, which would hurt the Fiscal Responsibility Law (LRF).

Added to these measures is the government's lack of interest in the elderly who live in the countryside or in the informal sector.

Supported by the business elite, the president has contradicted the determinations of the World Health Organization (WHO) by personally discouraging social isolation, endangering the lives of thousands of people, especially elderly people. Bolsonaro has defended partial isolation, advising that only the elderly and people at risk stay at home.

The president's individual position even differs from the guidelines of his Health Minister, Doctor Luiz Henrique Mandetta, with whom he has cultivated a strained relationship. At a press conference this Wednesday afternoon (April 1st), Mandetta said that elderly people “do not live in capsules” when justifying the importance of social isolation for the entire population. In a survey of the folder, which analyzed the profile of 136 people who died of coronavirus, 90% of those killed were over 60 years of age.

Meanwhile, in the midst of the quarantine to combat the spread of the virus, retired or active seniors try, as they can, to ensure the livelihood of their homes, since, in most cases, their income is the only source of income for the family.

“We do these jobs here to generate income for women. Now, with the coronavirus, it is becoming difficult to sell our work and participate in farmer’s markets. Women are stopped and need to work,” says Lineide Bortoleto, rural worker and artisan who lives in the Marielle Vive Settlement, of the Landless Rural Workers Movement (MST), in Valinhos (SP).

With a consolidated history in downtown São Paulo, the licensed street vendor Ademar da Silva, 78, regrets the financial losses he has been facing during the closing of the trade.

“I have a booth at Praça Fernando Costa [in downtown São Paulo]. So, because of this disease, it is closed. I'm at home and the situation is not good. I'm already in need, because there's no way to buy things, [buy] medicine for me and my wife, both of us patients. I need something to be able to maintain myself,” he reports.

President of the ABC Retired Metallurgical Workers Association, Wilson Roberto Ribeiro expresses concern about the government's position to veto points in the minimum income project. For him, the measure reaches the elderly population most in need at the moment.

“Both Bolsonaro and Guedes [Paulo Guedes, Minister of the Economy] need to look a little more at the worker, look at this class that is in despair, this class that has no salary, who does not know what he will eat tomorrow. The street vendors, the cardboard collectors will need this money. They (the government) did the pension reform, the labor reform, saying that in ten or twenty years they would recover the money to make Brazil grow. But hunger is today, not tomorrow,” says Ribeiro, who is also president of the National Federation of Retired Workers, Pensioners and Elderly People at the Central Única dos Trabalhadores (Fenapi-CUT).

The importance of retirement income for Brazilian families, in his opinion, is overlooked by the government. “Those who retired in the 70s, 80s are earning a minimum wage. Money, we can't afford to save it. What we do is tie our money: what we receive, we tie [equal revenue and expenditure]. When people need it most, illnesses come and our wages decrease,” says the retiree, who interrupted the extra services of "freight" and sales of cleaning products during the crisis. Income was essential to pay the bills of his daughter and granddaughter, who live with him, in São Bernardo do Campo (SP).

In 2019, a survey by the National Confederation of Shopkeepers (CNDL) and the Credit Protection Service (SPC Brazil) revealed that at least 21% of the retired population remains active in the labor market. According to the survey, 47% of retirees are active because the value of the INSS [social security] benefit is not enough to pay for their homes.

Former mason Francisco Leite Duarte comes from a family of eight brothers. All of them started working as children in the fields of the northeastern hinterland, for subsistence. Now 72, Francisco retired in 2008, but only in 2014 did he effectively end his working life - at the request of the University of São Paulo (USP), he worked for another six years. Of this total, 30 years worked as an employee of the institution.

Today, isolated and unable to walk the Jabaquara,  a neighborhood in the South Zone of São Paulo, he fears for the life and income of the elderly population. “It is an unpleasant business, because we worked so hard, fought so hard. You see the difference between Lula and Dilma’s government, we had an increase above inflation. Now he (Bolsonaro) gave a 4% increase to the minimum wage. That didn't cost 60 reais. What is that for? Such a government came to end the people,” he says.