With 7 large estates occupied in two weeks, landless increase the struggle for land across the country

On Tuesday about 500 families set up the Princesa do Vale encampment in the Vale do Jequitinhonha, in the northeast of Minas Gerais. 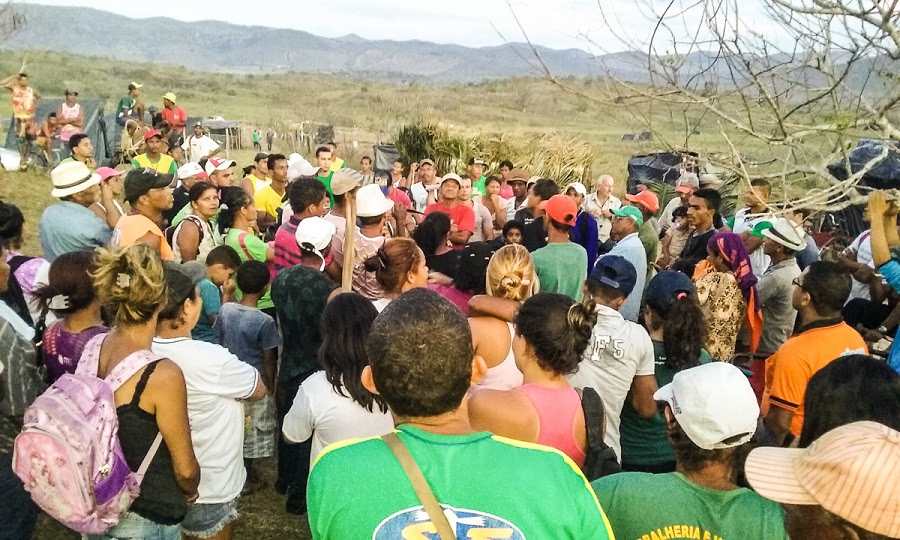 Beyond the immediate settlement of more than six thousand families camped in 42 estates in the region, the landless denounced poor conditions in the settlements, which have spent almost six years without technical assistance.

About 500 families assembled on the morning of Tuesday (8/25/15), in an abandoned area of ​​731 hectares, the Princesa do Vale encampment in the Vale do Jequitinhonha, in the northeast of Minas Gerais.

Silvio highlights the contradictions faced in the mining state that sees an increase the number of landless occupiers.

"Eighty-seven percent of areas still do not have drinking water, and 70% have no housing financed by government, as well as the credits for the production of food are stopped. We have encampments nearly 16 years in the state of Minas region, we can no longer remain in that status," says Silvio Netto, the state directorate of the MST. 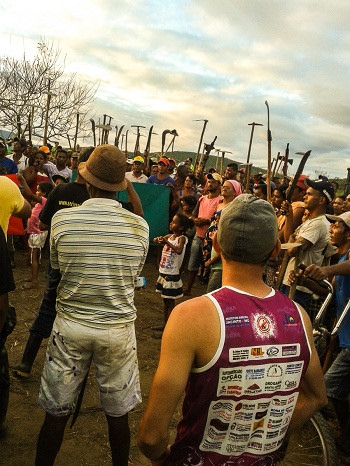 "The number of people joining the movement has only increased in recent months. This shows the urgency of the People’s Agrarian Reform plan. This is a legitimate struggle that every day gains more fans across the country," he concludes.

Yesterday, two more occupations were commenced by the MST. One was in farm Capão Cipó, in the municipality of Castro, Campos Gerais region (PR), with about 150 families.

The increase in the number of occupations is not happening only in the state of Minas Gerais, as noted by Silvia Neto. In only the last two weeks, Landless in other states have occupied at least seven large estates in Brazil.

The other was the Fazenda Vila Rica in the municipality of Rondonópolis (MT), 200 km from Cuiabá. About 150 families occupied the area, which besides being unproductive is under investigation on suspicion of illegal ownership by false title.

They were also occupations in the states of Goiás, Mato Grosso do Sul, Maranhão and another in Paraná.